La Wlooo!!!…Play With Your Golden Balls 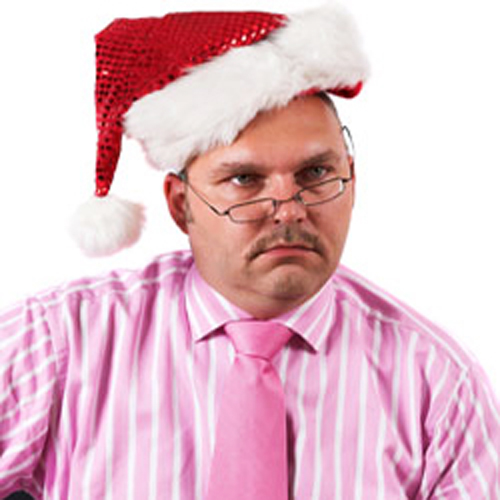 Before I wish you all a Merry Christmas (not Xmas), I would just like to recap the events of “the week before Christmas”. Under normal circumstances, I would have admitted myself into a mental institute, but being surrounded by this amount of negative energy, road rage, and rudeness while racing against time (and money) is enough to make anyone go mad! At this point, I think almost everyone is practically out of money, patience, and is in dire need of a foot massage. Instead of spreading fake notions of “holiday cheer” as I promised last week, I think it’s best to face facts that we should find ways of acknowledging “holiday stress” and dealing with it so that Christmas remains a joyful time of the year. 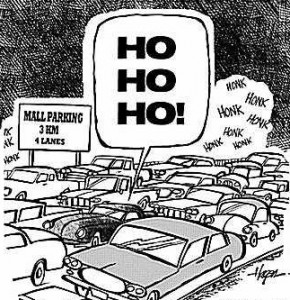 Influx of People: As the amount of people in the country quadruples, the amount of oxygen, space, and patience is non-existent reduced; especially because almost everyone is doing the same thing: Working and shopping during the day, and shopping and partying during the night. People are literally racing to stores to buy the last of each item and nothing will stand in their way. It is kind of hard to race in a traffic jam though; so instead, I watch as people stick their heads out of their car windows and start honking at each other and throwing insults out of their nicotine-stinking mouths -how festive!
I really tried very hard not to let this get to me, but I am just as weak and pathetic as the next guy. I have cursed at (and almost beaten) more people in one week than I have in the past year (Santa, I have been so good this year).
A good way to avoid this is to leave to your destination 2 hours earlier and ask the valet to bring your car at least half an hour before deciding to leave a club or bar. When being harassed by a road-raged driver, simply wind up your car windows and turn up the music (preferably to a cheery, jingly Christmas CD that will drown out the “tatar” insults).

Work: For the working people, dividing time between work and family will most likely end in disaster. Your boss will complain that you’re not meeting deadlines, or not carrying your workload as you should (despite the Godforsaken fact that this is a holiday season; hence, a break from work). During this month, you will be expected to work against the forces of nature (and logic) to achieve the unachievable . . . or listen to how you have no added value whatsoever. You WILL be late for meetings as you try not to pee in your pants during a 4 hour traffic jam; bizarrely enough, your boss will always manage to reach on time and question your traffic story because it’s so hard to believe that traffic is mad in the month of December. A good way to deal with this is to start working 2 hours earlier every , and ignore everything work related after work hours are over; don’t forget that your boss is also under a lot of Christmas stress, and this too shall pass.

Family: I am sure many people have families living abroad who have come home for the holidays, bringing with them joy, warmth . . . and stress. Your family will complain that they are not seeing enough of you because you are always busy working and you are plunged into a never-ending cycle of complaints and nagging where it isn’t possible to feel an 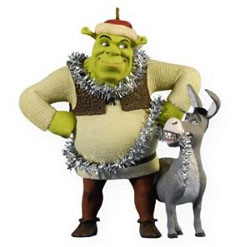 ounce of gratitude or cheer! (Grrr . . .)
Families will also make obnoxious remarks like “You’re too skinny” (then they’ll stuff you with food till you vomit) or “You’ve gained too much weight” (then they’ll grab your belly to crush the last of your ego before stuffing you with food till you vomit) or “Why aren’t you married yet?” (Then they’ll start explaining how they already owned a business, two cows and three sheep, and had kids who played the piano by the time they were your age) or in my case:

My Uncle: “I’m reading your column every week. A guy called J*** commented once – he’s amazing, phenomenal; he should be lawyer. He dissed the crap out of you and your writing. I loved it so much; I saved it on my computer. Come; let me show it to you”

Me: “Umm, thanks. I’m glad you’re so supportive of my work.”

When you are on the verge of stabbing a family member, cherish that they are here for a limited amount of time only. Stick to conversations related to their past (they tend to magically lose themselves in memories). 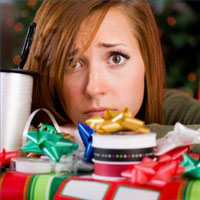 presents to a few special people who have made their mark in your hearts and lives. Now, it is: spend, spend, spend; buy, buy, buy! I never realized how many friends of mine are born in the month of December. Jeez! They are also very festive people that must throw a birthday bash to which you must bring a nice “little” present. Not only will you end up having two different budgets (for Christmas and birthday gifts) but you will contemplate death while you rot in traffic only to arrive to a zoo mall 3 hours later, to be pushed and shoved by a herd of elephants thousands of stampeding customers, only to find out that most of the shops have almost nothing nice left to buy! To my dearest December-born friends: you would do everyone a great favor if you celebrated a month later. Not only will you receive nicer gifts, your friends won’t secretly be wishing to tear your appendages apart.
There are also those unexpected Christmas presies you receive from people that you semi-forgot existed. You are then obliged, out of politeness, to return the gesture and buy them a gift (that is absolutely meaningless). To the “you know who are” people in my life: please do not be generous and thoughtful with me this season. Not only do I not care for you at all, but I do not care for your tasteless presents; thank you.
A good way to deal with this is to set a strict shopping budget so that you do not remain broke till Easter, and buy your gifts a month early – that way you avoid the mad crowd and the “out of stock” dilemma.

Decorations, family, and friends will always find a way to cheer you up (I guess). Look at Mr. “You Know Who” for 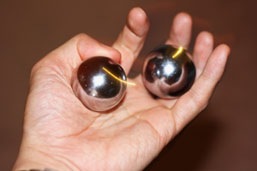 instance, he put up an unimpressive 11 million dollar tree that is surely more important than donating food and clothes to the poor; it is far more important to show off his large, shiny, golden balls to the world (that must be making up for his teeny weeny complex . . . if you know what I mean). Speaking of balls, a perfect gift would be the baoding balls that are guaranteed to de-stress anyone once they play with them. For a little extra something, get them gold-plated (and follow in Mr. “You Know Who’s” great, world-changing footsteps).

”Christmas is a race to see which gives out first – your money or your feet.”