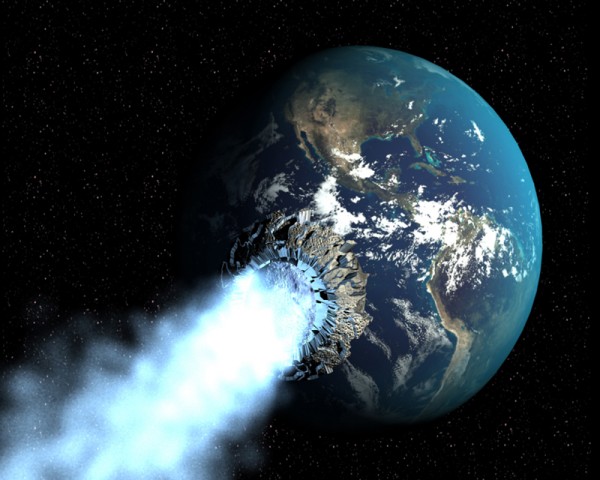 Dear Citizens of the world,

If you are reading this now, it can only mean that the following holds true:
1) The world did not come to an end because of a dwarf star, planet, asteroid or comet colliding into our planet.
2) There are way too many idiots on this planet who will collide into each other and make babies who will also be idiots when they grow up.

Seriously people, I’d like to thank those of you who are less competent than a blowfish for putting the rest of us under so much stress because of your “end of the world” rumors. I understand that “ignorance is bliss”, but in this case it has made those of us who are informed, very very agitated. How difficult is it to refer to nasa.gov for some actual facts about the world not ending before you start updating your Facebook statuses with “If the world ends, I love you all . . . “ and stocking your pantry with beans and rice?
What these people haven’t realized yet is that their brain died long before they ever will . . . and their very existence among is a medical wonder.
A message to the ignorant: An asteroid may kill you, but reading won’t! Educating yourself about what’s happening to your planet requires less time and effort than gossiping and panicking about it.

Since we are now living in the age of information (thanks to the World Wide Web), most people don’t have an excuse for being stupid anymore. I took the liberty of doing my own research about the “world’s end” and here’s one of the posts I came across:

“Have you guys heard of comet elenin that’s coming straight toward earth by september 26th? well, according to internet people; comet elenin is actually a dwarf star or planet x or planet nibiru or whatever the f*** it is.

nasa have been keeping it’s eyes on this comet since 2010 when it was first discover. two months ago, nasa sent emails to every nasa employee to prepare for any sort of “outside threat”. then two weeks after that, chief of nasa posted a video on nasa official site informing people to always be prepare for anything.” 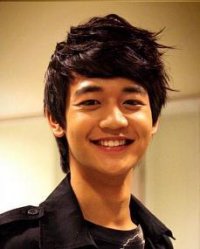 Bear in mind, people, that as believable as the above may sound to the untrained mind of an idiot, it was in fact written by what looks like an asexual prepubescent Asian child who cannot spell, punctuate or use proper grammar if the world’s existence depended on it. His (or her) photo is located right next to the post itself – so how people actually believe this crap is beyond me!

Message from me to the Asian baby: The world did not end, so go back to school and learn how to spell. Oh – and where are your parents?

People who post conspiracy theories like this on the internet are usually very bored because they haven’t seen the sunlight or another human form in months. Their inspiration roots from their brains, which are fried because of the endless hours they spend in front of their computer screens. The Asian baby above isn’t the only person writing about this ridiculously false phenomenon; there are websites like theendingworld.com that have made this subject their only reason to wake up in the morning. Another website, http://www.endoftheworld2012.net/, has made quite an escapade of its page to exude the feeling of danger (including a very reliable photo from the movie “2012”). It also ends its long informative page with the following statement:

Finally, we believe that there is something
more fearful than any
December 21 2012 Doomsday prediction

To find out more

How morbid and childish. It’s quite ironic how these people are living just to write about death every day.

And what does NASA have to say about these melodramatic doomsday websites? “However, many of the disaster websites pull a bait-and-shift to fool people.”

To further demonstrate how ridiculous the above drivel is, why don’t we read NASA’s statement on the matter:

Q: Is there a planet or brown dwarf called Nibiru or Planet X or Eris that is approaching the Earth and threatening our planet with widespread destruction?
A: Nibiru and other stories about wayward planets are an Internet hoax. There is no factual basis for these claims. If Nibiru or Planet X were real and headed for an encounter with the Earth in 2012, astronomers would have been tracking it for at least the past decade, and it would be visible by now to the naked eye. Obviously, it does not exist. Eris is real, but it is a dwarf planet similar to Pluto that will remain in the outer solar system; the closest it can come to Earth is about 4 billion miles.

As you see, the prepubescent Asian “thing” quoted NASA on false pretences; so instead of searching for factual evidence regarding this matter, it’s only natural that the lazy dim-witted people out there all gasped for air and fainted simultaneously two minutes before they started spreading rumors to other thick-headed people they know.

Once again, what does NASA have say to say about such ignorant people?

Q: How do NASA scientists feel about claims of pending doomsday?
A: For any claims of disaster or dramatic changes in 2012, where is the science? Where is the evidence? There is none, and for all the fictional assertions, whether they are made in books, movies, documentaries or over the Internet, we cannot change that simple fact. There is no credible evidence for any of the assertions made in support of unusual events taking place in December 2012. 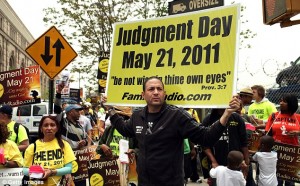 What’s worse than doomsday websites and rumor-spreading imbeciles is those fanatics (if ya know what I mean) that stand by the side of the road holding up posters that say “THE END OF THE WORLD IS NEAR. REDEEM YOURSELF.” They are bizarrely very happy because they cannot wait to meet their creator.

Message from me to the fanatics: Why don’t you jump off a cliff . . . please?

I wish certain people stopped pretending to be smart. It doesn’t work – especially when they say things like, “It’s the end of the world . . . AS WE KNOW IT.” Or when they start analyzing Japan’s earthquakes and the USA’s tsunamis – umm hello! These natural disasters have been happening for thousands of years. WE-ARE-STILL-HERE.

Who of you remembers the Y2K scare? How many of you hid underground or bid farewell to those you love because you thought the world is coming to an end? Did it end? Take a minute to think about it before you answer.
Now, who of you remembers that it was the predictions of the Mayan calendar that originated this “End of the world” bullsh**? Did any of you know that this 2012 deadline was originally 2003? When the world didn’t end in 2003, a bunch of idiots must have decided, “Hey! Let’s move it another decade so we don’t run out of useless ways to waste our time.” Need I say that the Mayans did not base this “theory” on facts? I know this because I have common sense . . . and because they still lived like savages and had no access to the proper technology or information needed to make this speculation. Common sense people! We’re still here and have proven once again that apes are smarter than we are because I’m sure they would have already learned not to make the same mistake twice.
Please, I’m not even asking you to do the impossible (which is to stop gossiping), all I’m saying is it wouldn’t hurt you to take half an hour a day off your Facebook time to educate yourselves . . . at least then when you gossip, you’ll be doing it productively (whatever that means).

I urge, nay beg you to start by reading the following link that I have repeatedly posted above. It is a link to a NASA page that should answer any of your questions regarding the world’s end so that you won’t have another stroke the next time you watch another doomsday movie or hear rumors of an incoming monster planet, earthquake, tidal wave or the Easter bunny.

“Truth is by nature self-evident. As soon as you remove the cobwebs of ignorance that surround it, it shines clear.” Mohandas Gandhi