La Wlooo!!!….Lebanon: Racism at its Finest 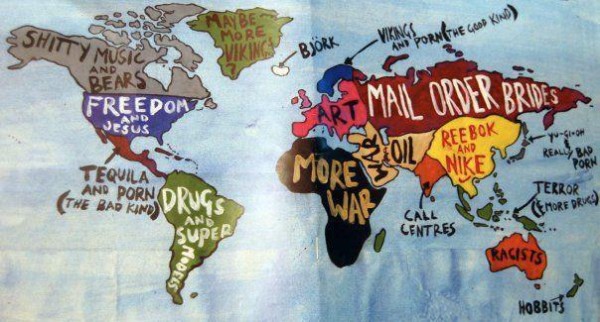 For the first decade and a half of my life, I grew up among different cultures and religions. Being exposed to people from of all colors, backgrounds, beliefs and nationalities came as something normal to me. I was not prejudiced; I made no stereotypes, no judgments and had no preferences. I then moved to Lebanon where I lived, studied and worked for the second decade of my life. This is where I slowly and unconsciously started becoming biased and narrow-minded like the majority of the peasants around me who segmented people not only according to their religion, but also according to their nationality, color, financial status, and dress code.

If I am not mistaken, I heard a very appalling story about the Indian ambassador’s wife being snubbed off by an arrogant saleswoman in one of Lebanon’s ‘renowned’ clothing outlets. There was also this other story about a dark-skinned ambassador’s wife who was asked to get out of the swimming pool because she was thought to be a maid.

A couple of Lebanese commercials shocked me as well. One featured a Srilankan ‘maid’ endorsing a call center (or something of the sort) as she spoke in her Arab-lankan accent since it’s so typical to find “the help” lined up at call centers to call their families back home. It was shamelessly broadcasted on practically every radio station. It took me a while to absorb the claptrap I was listening to.
One more commercial was about yet another Srilankan ‘maid’ giving her testimonial about a certain washing detergent (manufactured by a – startlingly – renowned company). This was aired on almost all local TV channels. Racism much?

I wasn’t sure if the creative directors behind these two commercials were trying to be funny or are just downrightly narrow-minded. They were both an epic fail, just like “Rass el Aabed” whose name had to be changed to “Tarboush” because the manufacturers finally learned what racism means after decades of being offensive. It’s never too late . . . one day we may even stop calling metal sponges “seef el aabed”.

I only notice how silly I’ve become when I leave Lebanon for a few days of vacation – something that I must do every few months to sustain my good sense. I arrived to Dubai a few days ago, and being amidst a hundred different nationalities, I found myself stereotyping each and everyone as I made childish jokes about them. Two days into this, I was sickened by myself. I realized I was never like this till I moved to Lebanon and started listening to people’s opinions on communities from different backgrounds.

Disclaimer: the following material is highly offensive and based only on stereotypes made by uneducated people. It does not represent the truth or my views. It represents the distorted ‘truth’. If you still wish to rain on me with insults, please refer to the comment box below. Thank you.

Indians: Apart from being good at head-bobbing, they are either housemaids or taxi drivers. They eat curry all day and dance all night (while bobbing their heads of course). People find it amusing and cool to impersonate them. They have sex as much as they eat curry.
They are often mistaken for the one nationality that they dislike: Pakistanis.

Pakistanis: (See: Indians, except for the sex part) – they are also often mistaken for the one nationality that they dislike: Indians.

Filipinos: People also love impersonating them: “wegetabless”, “peepty pipe dalaz”, and many more while stretching their eyes to create an Asian look. They are perceived as the best choice for housekeepers as well since they are very clean, maternal and not black.

Russians: All females are mail order brides, strippers or prostitutes. They are frowned upon by Lebanese women and viewed as the “competition”. They are the home wreckers of our society and are all after one thing: money. All males are either drug dealers, members of the mafia or useless, jobless wife beaters.

Ethiopians: Women are either maids or prostitutes carrying HIV. They clean houses by day and seduce taxi and moped drivers by night.

Americans: Perceived as overweight, wealthy, stupid, privileged and blond*. Let’s not forget cheap and stingy. They will one day take over the world if the Chinese don’t beat them at it.

Europeans: Perceived as sexy (because of their accents), blond*, white, borderline albino and let’s not forget cheap and stingy (contrary to the ‘oh so generous’ Lebanese man). Let’s not forget that they are thought to have poor hygiene.

English: Blond*, cold, unemotional beer drinkers. They are perceived to be the best at doing business.

*Please note that people from the west are stereotyped as blond. If you’re blond, you will be asked (in a terrible Arab-English accent) if you’re American, European or English.

Japanese: They are everywhere. They are the “classe” Asians. Their cameras and phones are always nicer than yours so it’s safe to ask them to take a picture of you in front of the fountain – they won’t run away with your camera (believe it or not, this advice was given to me by several travel agents and tour guides).

Australians: since conversing with them is difficult enough, people tend to ask them if they’re ever seen or played with a kangaroo. Whether the answer is ‘yes’ or ‘no’, the conversation ends then because they have the worst English accent in the world (even worse than the Lebanese “za zebra went to za zoo” English).

Moroccans: their women are beautiful nymphomaniacs and/or whores. Their men are dangerous (not sure as to why).

Algerians: They are all crooks.

Africans: they are ‘all black’; hence they are all rapists, crooks, kidnappers, killers, thieves and everything bad and dangerous in the world. Avoid eye contact.

Jews: Best business minds and money makers, all are rich, all are stingy, all are selfish and all are backstabbers.

Armenians: All live and/or work in Burj Hammoud. All eat bastirma. They help each other and each other only. All are stingy. They are compared to Jews (please don’t ask me why).

These are only a few of the stereotypes made by Lebanese people, but what we forget is how we are stereotyped:

Lebanese: Worst people to do business with, loud, obnoxious, nouveau riche, war mongers, alcoholics, party animals, gossipers, trouble makers, pretentious, materialistic and fake. Let’s not forget Lebanese girls that are stereotyped as fake inside and out – plastic – and perceived as whores in the Arab world (thank you Haifa).

Of course none of the above stereotypes are fair or accurate, but it is so easy to put people in the same basket instead of focusing on their unique qualities. It is easy to wonder why a Pakistani person is a CEO of a multinational company or why a Russian woman is good housewife, mother and career woman. What’s not so easy is bursting out of our little bubble and embracing the world around us for what it is, not for how we see it. I am including myself here because I am disappointed at how I would allow myself to get carried away with the incompetent many instead of learning from the competent few. For the 564th time I say, “never again”.

“Racism is man’s gravest threat to man – the maximum of hatred for a minimum of reason.” Abraham J. Heschel