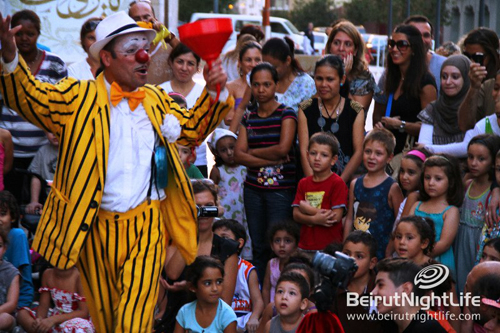 Beirut Streets was the place for joy, happiness and vigor with some of the greatest artistic performances from contributors from all over the world including Europeans, Arabs, and local artists. The Beirut commuters enjoyed one special mobile show in the streets, planting a smile on the faces of children, and a feeling of happiness in the hearts of the elder. The moving shows will take place till October 6th, 2010 so get ready for a spread of joy in the streets of the B-city.

Founded in 2002, Beirut Street Festival aims at adding vigor to the city’s streets through offering performances of different artistic character, that are presented by European, Arab and Lebanese artists addressing a large audience.