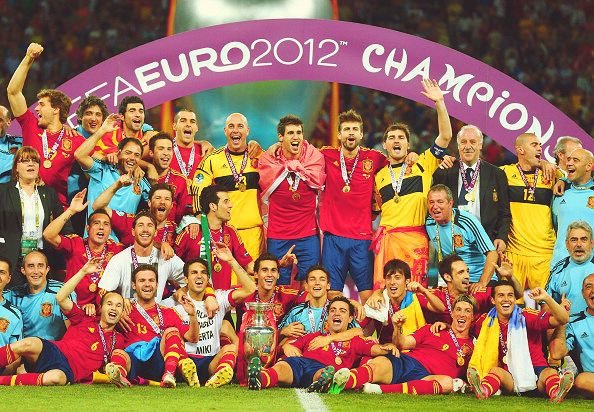 Spain made history after thrashing the Italians in the Euro 2012 finals 4-0 in Kiev, Ukraine. Two goals in each half saw the Le Roja seal a record scoreline in an international tournament final and win their third major trophy in a row.

David Silva opened the scoring sheet in the first half, and another followed by Jordi Alba, the new Barcelona player, to put Spain two goals ahead by half-time. The Italian defense did not hold long infront of the waves of Spanish attacks, Del Bosque sent in the big guns to score with Fernando Torres and Juan Mata scoring another two goals to officially announce Spain as champions.