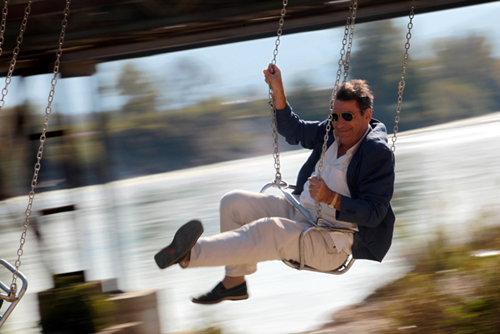 The 10th edition of Beirut International Film Festival is to starts today, October 6, 2010 at Unesco Palace where the screening of “Somewhere”, directed by Sofia Coppola, winner of the Venice Film Festival “Golden Lion”. 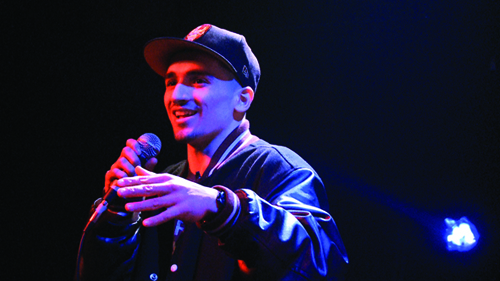 Coppola also is the director “Marie-Antoinette” in 2006 and “Lost in Translation” in 2004. Her new film “Somewhere” speaks of the radical changes Hollywood bad-boy Johnny Marco was forced to make to his life of excess upon receiving an unexpected visit from his 11-year old daughter. The cast includes Stephen Dorff, Elle Fanning, Michelle Monoghan and Benicio Del Toro.

The festival screenings kick off Thursday October 7 at “Sofil Metropolis” cinema. Eight screenings will take place simultaneously, as the first starts at 3 PM and the last at 10 PM; however, they do not include films participating in the Middle Eastern film/feature competition.

Most prominent screening to take place is no doubt Bosnian director Danis Tanovic’s “Cirkus Colombia”. Tanovic also director of “No Man’s Land” has won 80 awards in 2001 and 2002, including an Oscar for Best Foreign Movie in 2002, a “Golden Globe” award and many others. 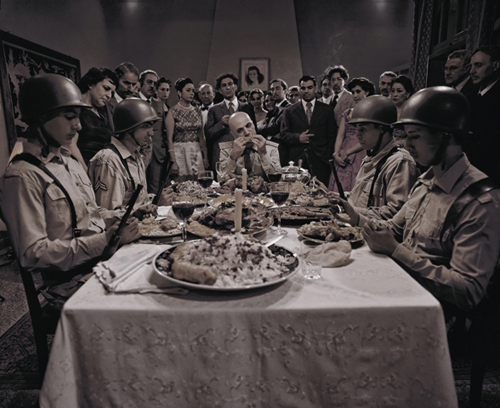 The events of his new film “Cirkus Columbia” take place in Herzegovina,Bosnia in the wake of the war when Divko Buntic returns home to start a series of little revenges after years of exile.

“Mother,” is a movie by South Korean director Bong Joon-Ho about a Korean widow living alone with her only son. In the aftermath of a terrible murder, the woman’s helpless son becomes the prime suspect. Faced with no other choice, the mother gets involved, determined to prove her son’s innocence. “Mother” won the Best film/ Best Screenwriter/ Best Actress Awards at the 4th Asian Film Awards 2010. Bong is also director of “Tokyo” (2008) and “The Host” (2006) which took part in Cannes Festival that year.

The screenings of “Panorama” category films also include “The Trotsky,” a film by Canadian director Jacob Tierny who will personally attend the screening in Beirut. In the “The Trotsky” Leon Bronstein is not your average Montreal West High School student. For one thing, none of his peers can claim to be the reincarnation of early 20th century Soviet iconoclast and Red Army hero, Leon Trotsky. When his father sends Leon to public school as punishment for starting a hunger strike at Papa’s clothing factory, Leon quickly lends new meaning to the term “Student union”, determined as he is to live out his preordained destiny to the fullest and change the world. The movie, starring Jay Baruchel, Genevieve Bujold, Emily Hampshire, Anne-Marie Cadieux and Michael Murphy, won the Audience Award (Atlantic Film Festival 2009), Audience Award (Tokyo International Film Festival 2009) and Russian Critics’’ Award (Spirit of Fire Film Festival 2010). 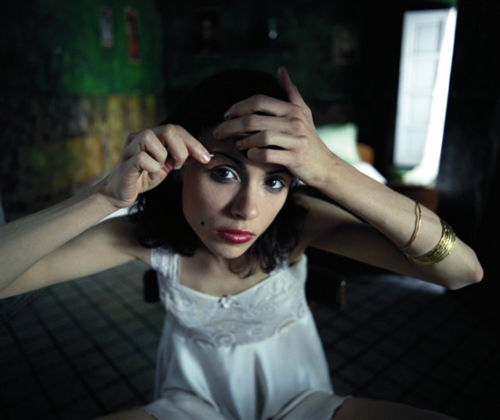 From Iceland, the land of Dagur Kári , comes his movie “The Good Heart.” The movie evolves around a young homeless man named Lucas, who is taken under the wing of Jacques, a bar owner. Jacques, who has suffered from 5 heart attacks, knows his days are numbered and decides to train Lucas to take over his bar.

Razvan Marculescu
Thursday’s screenings also include the documentary film Neukölin Unlimited by Swiss director Agostino Imondi, winner of the Crystal Bear Award (Berlin International Film Festival 2010). The story revolves around Lebanese siblings Hassan, Lial and Maradona Akkouch who are successful dancers and musicians living in Berlin’s notorious district Neukölin. But the three have a problem: their family is in danger of being deported out of Germany. Determined to keep the family united, they plan to use their artistic talents to earn enough money and secure the family’s future. 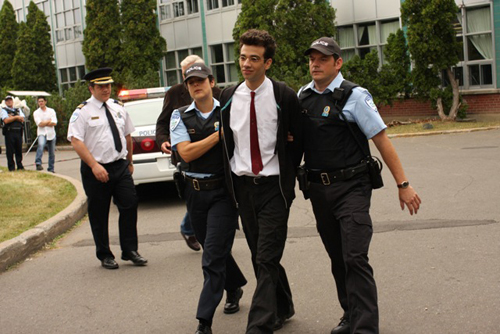 The main cast Hassan Hakkouch will be present at the screening in Sofil, to perform his all famous rap dance upon concluding Q&A with the audience and journalists.

With humor and compassion, the documentary Eating Alaska by Ellen Frankestein, will show in Sofil on Thursday. The film, categorized under the Culinary section shows natives and non-natives trying to balance buying industrial processed foods with growing their own and living off the land in the 21st century. Made by a former urban vegetarian married to a fisher-hunter and now living on an island in Alaska, it is a journey into regional food traditions, our connection to where we live and what we put into our mouths.