French music fans filled the stands at Biel early, it seemed as though everyone was more than ready for a night of music in epic proportions. Over 3,500 people were in attendance to catch the spectacular Les Annèes Bonheur concert event. April 21st 2012 9:15PM…show time!!! A disco ball hanging high above the crowd began spinning quickly to the beat of the backing bands rockin’ tunes. The host for the evening came out to introduce the event, thank sponsors, and of course guests, and to announce the beginning of the outstanding event. Now let the show begin…. 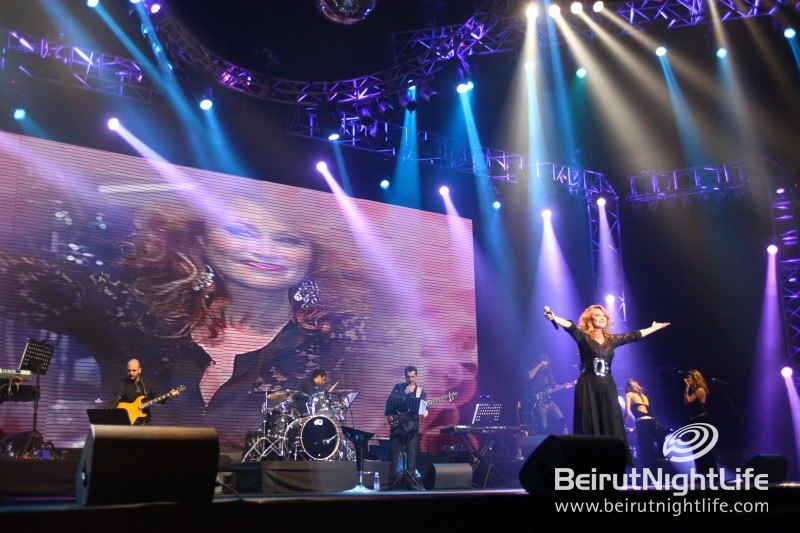 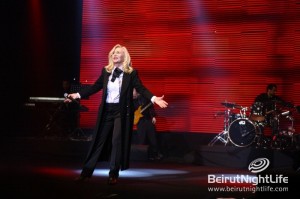 Michèle Torr took to the stage declaring with her powerful singing voice, “Je M’appelle Michèle”. She sang towards her fans offering the microphone to the audience for a sing-a-long. Michèle continued serenading fans with her hits including “Lui”. Lights went dim for the ballad “Mon Dieu”. She continued with her beautiful set until it was time for fans to cheer…

For Jean Jacques Lafon! JJL entered the room from the stands, surprising fans with friendly hellos. He opened up with “Les Annèes Caroline”, and then took down the tone softly singing “Le Geant De Papier”. He delightfully humored the Lebanese crowd by exclaiming “merci ktir” before engaging a crowd sing-a-long. His romantic voice continued on with “C’est Beaucoup”, he again came back down off the stage heading directly into the audience, really appreciating the fans in Beirut. 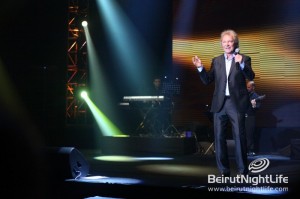 Bernard Sauvat quickly took the stage, beginning with a song that had fans clapping their hands to the beat. His set continued with a lovely and romantic tone. As a special treat Bernard Sauvat invited a female Lebanese vocalist Pascale Sakr onstage to perform an upbeat French/Arabic duet. The hits continued and so the French stars. Next up…. 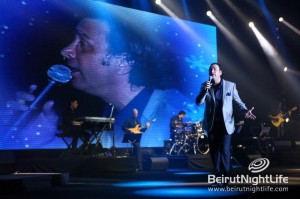 Sébastien El Chato, who came out hitting high notes with a smooth style combining French and Latin grooves, supplying a unique sound. The two sounds meshed together perfectly in songs such as “Imagine”. My favorite part of the show was what happened next. El Chato’s Spanish rendition of Whitney Houston’s “I Have Nothing”, amazing! He continued his show and spiced it up a bit, inviting sexy half dressed dancers onstage to move and “Mambo Mambo”. 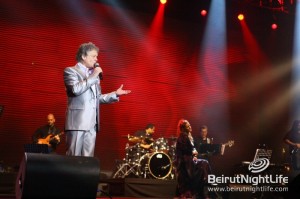 Jean Francois Michael, what a breath of fresh air that man is. He took the stage after a 20-minute intermission during which guest took a break, received information from main sponsor MTC Touch, enjoy complimentary cheese from the Babybel stand, water and coffee at the Super Brasil and Tannourine stands. Back to the show, Jean Francois Michael reminds me of a French Rod Steward. He danced across the stage offering up sing-a-long tunes of his own. Of course the crowd participated. Everyone knew the words to his French hit “Coupable”. Guests hands were in the air swaying back and forth to the melody.
It was now time for the lovely Julie Pietri, who arrived on stage with style and grace. She sang sensually with her powerful yet feminine voice. She sang a number of her notable songs as well as invited guest Lebanese vocalist Johnny Aouad to sing a duet with her. Later during her performance, vocalist from the La Compagnie Creole joined to sing a soulful duet along side her. 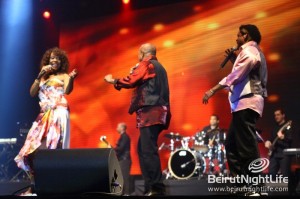 Although it was unfortunate the evening was coming to an end, it sure did end with a bang! French Pop act La Compagnie Creole pumped up everyone in the house with Caribbean rhythms and positive vibes. The audience came down from their seats and onto the red carpet in front of the stage, turning Les Annèes Bonheur into a full-fledged dance party. What a perfect way to end the evening!

Those in attendance can truthfully say they caught a remarkable show full of A-Class talents. One thing I do want to mention was there was absolutely no lip syncing!!

Chapeau Bas to the performers and organizers of this amazing event!