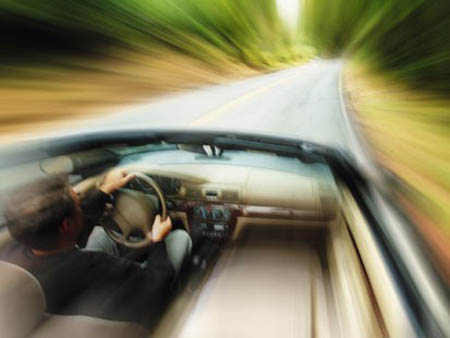 Police in Switzerland said Monday that they had seized a Swedish motorist’s 180,000 euro (240,000 dollar) sports car after he was caught doing 290 kilometres per hour (180 mph) on a Swiss motorway.

Swiss officials were unable to say if it was a record because they do not keep such nationwide data, but it “looks very close to one,” federal roads office spokesman Thomas Rohrbach told AFP.

Police in the western canton of Fribourg said in a statement that the 37 year-old driver had to be stopped by a neighbouring police force last Friday after he shot past a permanent speed trap.

His driving licence and 570-horsepower black Mercedes-Benz were seized after he was released from custody, and he could face a fine of up to one million Swiss francs (720,000 euros, 962,000 dollars) depending on his income.

A local magistrate ordered police to keep the car as security pending a likely court ruling and an eventual sentence.

Driving more than 25 kilometres an hour over the 120-kilometre speed limit on motorways in Switzerland is regarded as a criminal offence, and fines are based on a driver’s revenue.

The Swedish motorist’s alleged speed goes off the scale and the penalty is at the judge’s discretion, up to a maximum of 1.08 million Swiss francs (1.03 million dollar) for speeding, Rohrbach said.