Explore Beirut on a Budget 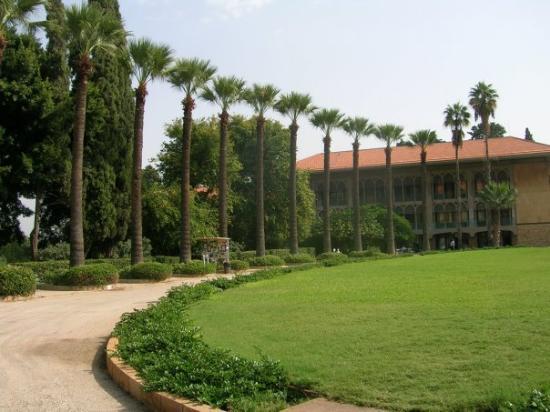 We sometimes wonder what we can do around town without spending too much money. Here we find a list explored by Chris Michael, from the UK Guardian who writes gives us ideas on how to have a good time in the capital of the Lebanon without bankrupting yourself.  Let us know about the places that you know where we can go, have a good time – on a budget.

Beirut is one of those ambitious yet unlucky cities that seems in a permanent state of being “back”. In the (relatively) calm four years since the 2006 Lebanon/Israel war, the Lebanese capital – like most modernising places in the Middle East – has seemed hell-bent on building as many elite hotel lounges and minimalist sushi bars as it possibly can. Half the city is rubble; the other half is a mall.

That makes it weirdly expensive for a country still recovering from war. The gaudy $500 a night hotels and spotlight-waving nightclubs might be all right for the Gulf princes who come to Lebanon to bank by day and party by night, but for a budget-conscious traveller, it can be a bit of a strain. Cheap food and lodging, travel and entertainment are infuriatingly hard to find in the capital. Beirut may be “back”, but it has both hands in your pockets.

Still, it is more than possible to enjoy yourself without bankrupting yourself. “Most Beirutis don’t like western tourists,” a Lebanese friend told me. “They think you don’t spend any money.” Taking that as a compliment, here are some tips for enjoying Beirut on a budget:

Not only do the big hotels shave a healthy slice off rich Arabs and jet-setting westerners, but the cheaper ones must surely represent the worst value for money since first-class tickets on the Hindenburg. Luckily, I found West House Residence, which is a relative steal at $54pp (£34) per night, or $64 (£40) for two people (including breakfast). This friendly place isn’t luxurious, but the rooms are huge. It’s really a block of furnished apartments, meaning you also get a dining room, kitchen, living room and ensuite shower. It’s not in the guidebooks, either, so it’s a good bet for a same-day booking.

The easiest way to save money on fancy hotels is to avoid them entirely. The problem is that Beirut has just a handful of hostels – that are worthy of the name, at least. In a city where hotels have a stranglehold, nobody was particularly surprised when the Beaver, a new hostel set to open in June, postponed this indefinitely due to “zoning issues” – which could mean anything. But Talal’s New Hotel and Pension Al-Nazih are a pair of clean options within two minutes’ walk of each other, near Gemmayze’s lively high street, and neither will charge more than $30 (£19) for a private single room in the high season – less for dorms and in the off-season.

Corner bakeries sell small pastry parcels of spinach or keshek (a distinctive powder made from cracked wheat and fermented whey) for as little as LL500 (20p), or manoush (a mini-pizza with cheese or thyme) straight from the oven for LL1500 (60p). Look for the queues – the longer the better. For more social razzle-dazzle, though, listen for the pumping car stereos. They will lead you to the neon beacon that is Barbar: 20ft ovens, gigantic glistening meatpoles, succulent grilled shawarma, mezze and kebabs. The most I ever paid at any of the handful of branches through Beirut was LL3,500 (£1.45), and I ate here every day. Buy your ticket from the person at the cash register and hand it over the counter to the chefs.

It’s not hard to pay 25,000 (£10) just for a light lunch in Beirut; dinners run significantly higher. (At a beach club I somehow spent 150,000 (£60) on a sea bass and two prawns.) And though the locals might well laugh at me, and the foodies smugly direct you towards a new organic pop-up or a white-aproned Asian fusion restaurant in Achrafiye, I am unmoved in my belief that for a delicious, creative, authentic Lebanese dinner under LL40,000 (£16), Laziz ranks near the top of the list. OK, it has a round Starbucks-style logo. OK, it’s directly opposite Starbucks. But they make killer hummus Beiruti, tabouleh, fattoush salad, kibbeh (ground beef and cracked wheat) in yogurt, and a variety of grilled meats, and they serve an equally good raisin-date drink called jellab. After your meal, drink arak and smoke nargileh hookahs on the patio while watching family-friendly Hamra stream past late into the night. Just don’t go alone – the portions are made to be shared, and Arabs think solo diners are strange.

To say that a city where pretty near everyone smokes is health-conscious may be exaggerating somewhat, but at least when it comes to lunch, Beirutis are waking up to an organic-food lifestyle on a budget. Bread Republic, with two branches – Hamra and Gemmayze – is its leading exponent. Chunky lentil soup and crusty bread for LL7,000 (£2.90) is brilliant, as is the musakhan (chicken sumac) and the large muffins; the fairtrade Arabic coffee is the best I had in the city. Another good cafe is Kitsch, in Gemmayze Street, although prices are twice what they should be.

A multipurpose art space, bar and general cultural hangout in one of the city’s rapidly disappearing French colonial mansions, Zico House is Beirut at its best. There’s no sign, just an old iron gate left slightly ajar. The beer is cheap, the gallery is free. Check out to see what’s on, and ask in the gallery or check the message board for upcoming events in the space or affiliated locations. Alternately, just spend the afternoon drinking beer in the back garden, admiring the wrought-iron balconies and dripping ferns, and pretending the rest of Beirut isn’t slowly being transmogrified into steel and glass.

Forget Beirut’s bankrupting ballyhoo clubs – you can see a much more interesting crowd on the Corniche, Beirut’s waterfront boulevard, for free. Ageing, overweight men jog and stop for cigarette breaks. Teenage boys perform incredibly dangerous dives from the railing into the rocky waters below. Young men smoke nargileh on their car hoods and comb their hair to catch the attention of speedwalking women wearing ponytails and heart monitors. The sun sets perfectly centred at the end of the boulevard. The only thing that isn’t free, you wouldn’t want anyway: a street snack consisting of a Styrofoam tray of lemon slices covered in salt and cumin. Don’t make the same mistake I did by thinking it might be remotely edible.

Cement and exhaust make an oven of Beirut, especially in summer. There’s also only one park to speak of: Sanayeh Public Gardens. It’s pretty miserable: almost entirely paved, notably low on anything resembling “gardens” and with only one exit, meaning you pretty much have to walk it in a circle. Luckily, the huge American University of Beirut campus acts a de facto park. It’s free to visit: just hand your passport in at the gate (where they have a decrepit lost and found, mounted in a shallow wall cabinet, that’s a veritable museum exhibit of mobile phone technology through the ages). An ideal spot to curl up on a bench with a book and a view over the Mediterranean.

If you don’t have a car, there is only one way to get around Beirut. It is this: walk to the edge of the pavement. Catch the eye of any driver at the wheel of a decrepit Mercedes belching exhaust. (Don’t worry if the car already has passengers.) Yell your destination to the driver. He will either drive away without responding, or motion you to get in. If the latter, say “Service” with a French accent. “Taxi,” he will invariably reply. Disagree with him. “Servees, servees. Two.” And hold up two fingers. “Two servees,” he will say, apparently in agreement with you. Disagree again. “One service, two thousand.” He will either drive away without responding, or motion again – angrily this time – for you to get in. Hop into an available seat and, as soon as possible, pay him the LL2,000 (80p). Congratulations: you have just negotiated a service taxi – a communal car that ostensibly runs a set route, but in practice just goes anywhere. Make sure to pay early, and with exact bills: even the friendliest cab driver will show no compunction partway through a journey about upping the price and mysteriously not having any change. There are bicycles to rent in Beirut, too, but you’d have to be a crazy person. I saw five car accidents in Beirut in a month. At least inside a car you’re sort of protected.

Because the natural beaches in Beirut are rocky and somewhat polluted, and because many Lebanese want to show off their gym bodies and $200 sunglasses more than they really want to get messy in the sea, entrepreneurs have developed the beach club. This innovation is essentially a swimming pool next to the Mediterranean, sometimes with a swim-up bar. But if paying to not swim in the Med doesn’t appeal, a short drive (or cheap bus ride) 50km up the coast to Batroun  will deliver you to some lovely private beaches, where you can swim in the sea. In particular, Jammal’s is beautiful: a tiny beach with a fish restaurant overhanging the water, and several open cave grottoes into which you can swim and bask in the rays of sunlight shining through gaps in the rock. Free with a reservation at the reasonably priced restaurant.