Blake Lively and Ryan Reynolds are Married — According to Police Reports 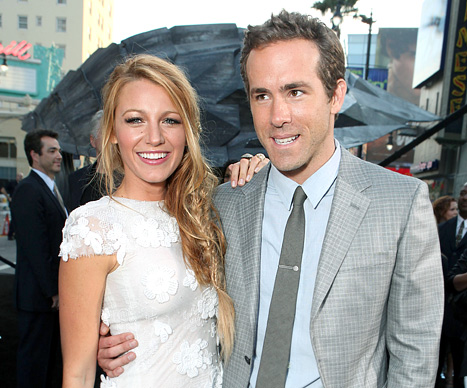 Blake Lively and Ryan Reynolds have been dating since October – but this gorgeous couple has been keeping their relationship on the down low since the beginning and has managed to stay off the radar . . . till now.

The police of Bedford Hills, NY, may have accidentally revealed that the two are married when Reynolds filed a police report on July 8 after he claimed he was being followed by a photographer.

A policeman from the Bedford PD, who investigated the situation, made the following statement:

The report never mentioned Lively’s name, but who else could the police have been referring to when photos of Reynolds and Lively together had been taken that same week?

And to those who may think that using the word “wife” was a slip of the tongue, read the last paragraph of the police report:

The Bedford PD was contacted to ask the policeman why he thought the couple was married, but no one said a word.

Sources close to Blake explain that the police report is a mistake and the two aren’t married.