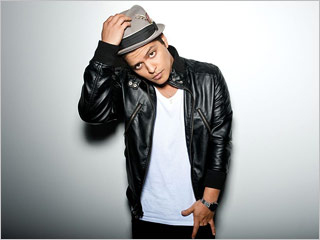 Bruno Mars (real name Peter Gene Hernandez) was born in October 8, 1985 in Hawaii, and raised by parents of Filipino and Puerto Rican descent.

The American singer-songwriter and music producer has been on international charts all year; we all heard his vocals on the songs “Nothin’ on you” by B.o.B. and “Billionaire” by Travie McCoy, both of which he co-wrote.
He previously also co-wrote the hit single “Right round” by Flo Rida featuring Kesha.
His musical influences are Michael Jackson, Prince, Elvis Presley, and Tupac Shakur.

Jon Caramanica of The New York Times on Bruno Mars: “one of the most versatile and accessible singers in pop, with a light, soul-influenced voice that’s an easy fit in a range of styles, a universal donor.” 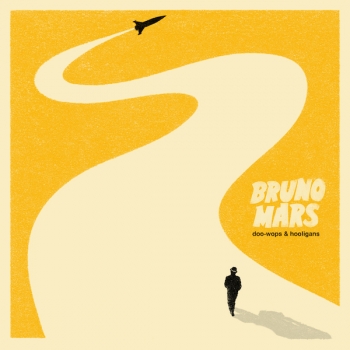 On the album, you can hear “Just the way you are”, which has become an international top ten hit. Another great song on his album is the new hit single “Grenade”.

Doo-Wops & Hooligans is definitely an album to buy; great lyrics and tunes by a talented rising star who has already left his mark on the music scene in such a short amount of time.

What do you think of Bruno Mars’s music?