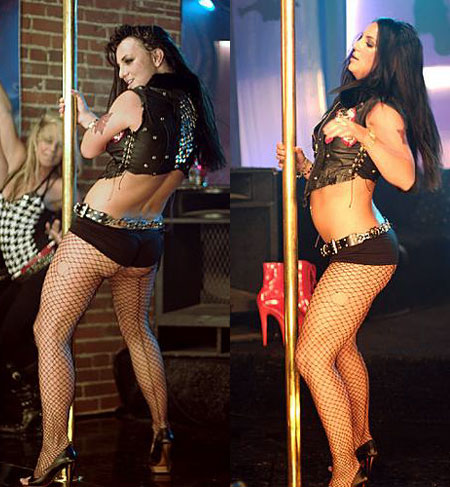 Clubbing in Lebanon never fails to impress both tourists and Lebanese people living in the country or abroad. From the streets of Gemmayze, Hamra, Monot, Jounieh, and Byblos, to the happening clubs all over Beirut. I have always loved partying and there’s nothing more I enjoy than getting all dressed up and spending the night dancing, but one concept I will never learn to love or understand is the “One Man Show” culture and all that comes with it.

I will be very immature about this in order to avenge my horrible Saturday night; as a result of spending three hours at 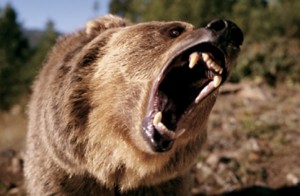 a certain club . . . notorious for its “One Man Show” (and what a punishment that was). Let me start by saying that I merely existed for 3 hours as I stuffed my ears with rolled up tissue paper to avoid becoming deaf after the Godzilla’s lewd growling (a.k.a. the “One Man Show”) that so many people enjoy oh so much. Although all my brain cells had shut down as a self-defense mechanism, I mustered enough patience and energy to glance around me at what must have been a zoo or brothel. I could not believe what most people were wearing, I could not understand where/how they picked up their offensive dance moves, and I certainly could not understand how they were enjoying that repugnant music.

The clothes: Oh-My-God! Why? Why would a woman purposely want to look like a street prostitute? Even street

The Fake: So many men and women were wearing fake clothes that my LV bag almost looked as though it was frowning. There are affordable labels everywhere, so if you can’t pay 400 USD for a pair of jeans, it’s fine; go and buy yourself a pair for 50 or 100 dollars. But no, these fakers prefer to spend that 50 USD on buying a fake pair of jeans because they care about the label more than their self-respect. Here’s a newsflash: fake jeans look fake from a mile away! Don’t think for a minute that people don’t notice – they’re probably just too polite to say anything. What about fake bags? Puh-lease! A garbage bag looks more expensive than the fake bags I see with certain girls. Point being, people that don’t wear designer labels aren’t going to know what you’re wearing – whether it’s real or fake, but people who are brand-conscious and actually own the real deal, are going to laugh at your desperate attempt to look stylish/fit in/be cool or whatever your pathetic excuse is.

The Vulgar: I can swear to you that I saw something that looked like a woman, dressed in a full on leather outfit. Her leather “suit” was skin tight from top to bottom, accentuating her fat folds and her camel toe – everything was squished except for her fake breasts that were popped out for the world to see. I could not believe she could actually walk in it 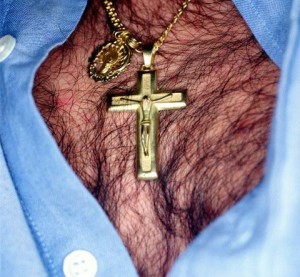 until I saw her dancing like a slithery snake . . . I wanted to vomit. I am pretty sure that some of the vulgar men there saw her as a beautiful gift to mankind and felt the urge to marry her – or at least that’s what she likes to think, I’m sure. I am telling you, if I were a man, I would not even use this thing woman for sex. Men can be vulgar too you know, with 34 kilos of hair gel and a cheap-looking blouse that is unbuttoned all the way down to their belly button to display their curly black chest hair that is intertwined with the golden pimp-like chain they are so proudly flaunting. Some men tend to wear jeans, so tight, that I am sure they will rupture at least a testicle in their lifetime. No sir, I am not interested in looking at your squished bum or bundle of joy that is 2 minutes away from exploding out of your jeans to get some air. The pointy shoes and crocodile shoes will never cease to give me a fright every time I see them as they look like some form of weapon to be used for kicking people to death and squishing cockroaches in corners.

The dancing: the dancing is always so intense as if they were doing the rain dance or preparing for battle or hollering 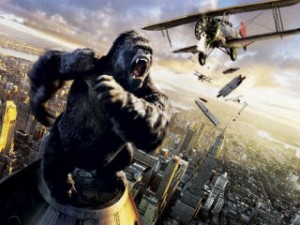 mating calls in a jungle. Men are almost always dancing on the chairs with one leg resting on the table and one or both arms hovering in the air to demonstrate approval with the “One Man Show’s” growling (picture Tarzan on a tree or King Kong on the Empire State building). Women on the other hand are much more complex with their moves. They will make sure to reenact every move done in bed (if ya know what I mean) and back it up with intense facial expressions reminiscent of a woman’s orgasm. Burlesque is sexy, Striptease is sexy – what I just mentioned above is a vulgar cry for male attention and female envy. Eukh – As if!

The Music: The sound system in such places is always so effing loud. I don’t see the point in that since the dude singing can wake up hibernating bears with his howling. He will ruin the good songs and make the bad songs sound even worse (in a way not humanly possible). I can’t dance to that music, even if I tried. Do you want to know how I try – by drinking every last drop of alcohol in front of me.  Ah yes, drink to forget. It doesn’t always work though because sometimes I reach to a point where sounds and images are so slurred that it turns into a sneak preview of hell that I cannot shake myself out of. I wish they’d lower the music a little (to level zero perhaps) and play some English music for those like me who are forced to go to such places and always end up having the worst time imaginable.

The Atmosphere: Total and utter crap. It resembles a jungle with some animals doing the mating dance, some 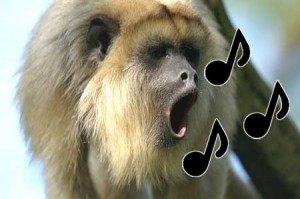 swinging from trees, some jumping at each other, and some howling for the heck of it. It is also very sexually charged, and this is quite unfortunate because everyone there is so darn ugly (pity the children). If I could describe it in one word, it would be “cheap”. Even the vodka’s cheap (emptied and re-filled into the same bottle about a dozen times at least).

What do I remember from last night? Oh absolutely nothing, except that I was vomiting until 6 am (could be from the cheap alcohol or could be from all the nauseating sights I had to see). I am only thankful that we left when we did and not a moment longer because I would have injured that singing thing or  injured myself. In any case, I am glad I survived through it and with a sick stomach I am sharing my thoughts with you and hope that there is at least one person out there who can explain what is so loved and entertaining about the “One Man Show” culture, and at least one other person who shares my same thoughts on this matter and who has been through the torment I experienced last night (and am still experiencing now in the form of an agonizing ulcer). Looking back on last night (the night I shall never speak of, remember, or relive after this article), I have one thought and one thought only: What a waste of my outfit – I must wear it again to a place that is worthy.

These opinions and thoughts are strictly mine and in no way reflect marcomlux.com’s perception of these places.