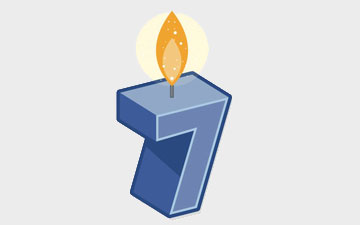 Facebook celebrates its seventh anniversary this month. Through the years, the social network has transformed from a college-only social hub to the most popular website in the world. Five hundred million users, billions of pageviews and a never-ending supply of embarrassing status message updates after its launch.

Back in February 2004, did anyone have any idea that a college social networking site could redefine the Internet era as we know it? We doubt it.

Share your thoughts on Facebook’s last seven years in the comments — as well as where you think the site will be in the years to come.