Over 1 billion people witnessed the unity of Prince William and Kate Middleton a few days ago, with hearts melting everywhere at this modern day fairy tale that ironically reinforces the Cinderella story of a prince marrying a “commoner” who has waited for him for so long . . . but for once in this day and age, the good girl actually got the 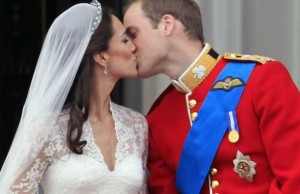 fairytale ending she deserved. This could have possibly been the only wedding I’ve ever enjoyed.

This union reminded me of the princess that kissed a frog who turned into a prince. Now, how many frogs have you kissed? I know I’ve kissed my fair share, but none have turned into princes . . . I don’t think they turned into men either, and that’s the reason why I won’t be one of the soon-to-be brides that will be tying the knot this summer. Oh I’m ecstatic for all of you who are getting married to your princes, but where does that leave us single girls?

Not only should we pretend to be excited and cheerful during all these magical weddings, but we must also live through the tiring process of buying the right 15 dresses for the 15 weddings we will be attending, the appropriate shoes, bearing the extravagant hair and makeup, and finding the right date to accompany us so that we don’t receive those pitiful glances that say “Oh you poor thing, you’re still single?” (“Single” being equivalent to the “plague”)

The Dress: it’s a long and dreary process of trying on one uncomfortable dress after the other, and worrying that no other woman will be wearing the same. This process has to be repeated at least a dozen times during one summer because God forbid you’re seen in the same dress twice (thank you Facebook). You also have to worry about overspending because wedding attire in itself requires a hefty annual budget (that I’d gladly spend on anything else).

The Makeup: fake lashes, thick layers of foundation, eye liner, brow pencil, lipstick . . . UGH! In a perfect world, these terminologies would not exist; especially when you have to pay 60 dollars to cake that much makeup on your face. Of course, because of the intense humidity levels in the months of July and August, you’ll end up looking like the Joker character from Batman. Sexy.

The Hair: No thank you, bird’s nest hair is out of the question (but still seems to be the trend at weddings). Rule of 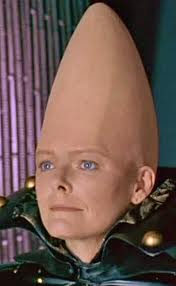 thumb: The less you can move your neck, the better. Some hairdressers even insert weird sponges into your hair . . . to give it volume. It’s not important that you end up looking like a Conehead alien – you now have volume, and that’s all that matters. You’ll probably have a slipped disc in a month, but who cares? Think volume!
The worst part is getting your hair back-combed with 200 pins holding it in place. The removal process is only mildly less painful than child birth, I am sure.

The Shoes: I have no problem parading around in high heels, but is it just me or are formal shoes SO uncomfortable? Halfway through every wedding, I always feel as though I’m walking like a dinosaur; about to collapse on the next person who has a kind facial expression, to say, “HELP ME!!!” Yes, that’s another item of clothing and expense that I could live without.

The Wedding Registry: I guess it’s only logical to have a wedding registry, but if I received money instead of a gift on my birthday, I’d gag. Okay, okay, birthdays are not the same as weddings, but they’re both very similar in the sense that a) too much attention is being given to one person; b) they’re both a reminder that you’re growing old up; and c) not many people care.
That being said, I always go through a brainstorming session with my friends as to how much money we “should” each deposit into the registry. It shouldn’t be too little or we’d be labeled cheap. It shouldn’t be too much or it would be a waste (because, OH – what if it’s an ugly wedding?). My friends consider factors like, “is the wedding extravagant or insignificant?”, “am I close to the bride and/or groom?”, “if I invite them to my wedding, will they attend? And will they pay the same amount?”.
Seriously, whatever!
Maybe I’m abnormal, but shouldn’t a gift be more heartfelt and less planned?

All this spending and planning makes me tired, especially if I’d rather buy a pair of Louboutins than those ugly strappy formal shoes that I’ll probably wear twice in my lifetime.

Being at the wedding itself is painful. I don’t know about you, but it’s very painful for me. The bride always looks so arrogant with a “Yes, I’ve made it!” facial expression. God forbid that your parents’ friends are there, wondering and whispering about why you’re there alone – AH THE SHAME! Rumors of chronic heartbreak and infertility will surface (and that’s if you’re lucky). If you’re unlucky, one old hag will insist on introducing you to Lizard Boy, 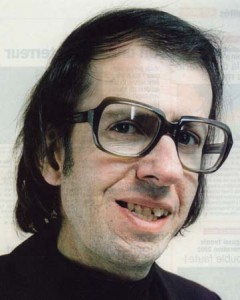 something that looks like a half reptile-half almost man with a bald head and eyeglasses thicker than your car window. BUT, he’s a doctor or an engineer or something successful (but even gold-diggers refuse to glance at him). Is he boring? Oh, Yes! Running away would be a good idea, except I’d have to lose the shoes which I already paid way too much for – but then again, who would put a price on avoiding that amount of emotional pain?
As every woman runs to catch the bouquet, I remain hiding in a corner with a bottle of wine wishing for powers of invisibility. What can one do in the most desperate times? Experience has taught me that the ladies’ room is the best haven.
After I’ve dirtied my dress, ruined my hair and makeup, and heard “3a2belik . . . nefrah minnik” 67 times, it’s time to go home and reflect on the shame that is my existence.

Men will now complain that they are the suffering ones because they must wear a suit in such hot weather, but PLEASE, you’ll each be surrounded by a harem of at least 7 women who, amidst the marriage spirit, are desperate enough to do anything to get your attention (granted that you do not look like Lizard Boy). Don’t forget, a man is at his sexiest when he’s wearing a suit (once again, with the exception of Lizard Boy).

I now have four confirmed weddings for the summer (with at least a dozen more on the way), and I have begun praying that I enjoy at least one of them without being judged, harassed, or pitied. Wedding season is only a month away, are you as excited as I am? Also, if you have any tips on how to get through the night without contemplating suicide, please do share.

“It’s really hard to walk in a single woman’s shoes — that’s why you sometimes need really special shoes!” Sex and the City