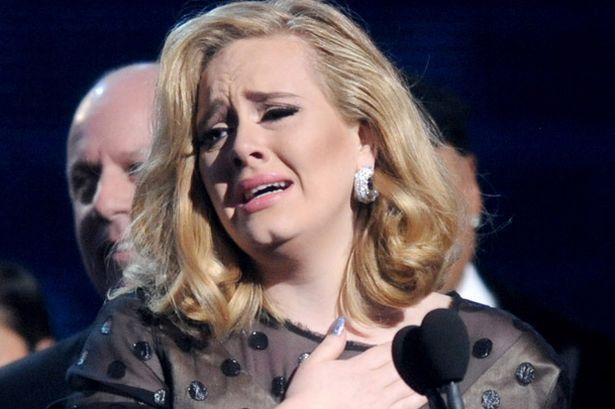 There’s nothing we like more than watching a spine tingling performance from Adele and thankfully we’ll all get to see one again very soon.

The singer , who is over in America at the moment for awards season and has possibly just given away her baby’s name by means of a necklace , has confirmed she’ll sing Skyfall, which has been nominated for an Oscar at the 85 Academy Awards.

“It’s an honour to be nominated and terrifyingly wonderful to be singing in front of people who have captured my imagination over and over again,” she said. “It’s something I’ve never experienced and probably only ever will once!”

The 007 theme tune won a Golden Globe earlier this month and the performance at the Oscars on February 24 will be the first time she’s sung Skyfall live.

During her appearance at the Globes, Adele seemed genuinely shocked to pick up a gong for her self-penned anthem.

“I was not expecting this… thank you so much for letting me be a part of your world for a night,” she told the audience. “We’ve been p***ing ourselves laughing.

“This is for my boyfriend who convinced me to do it and for my lovely son,” she added.