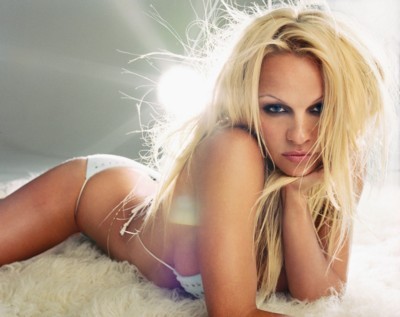 In 2006 a boyfriend of Pamela Anderson Baywatch star made a deal with Miss Baywatch to help him sell some Las Vegas condos he’d built. Now the ex-lover says Pam flaked on the deal – and he wants $22.5-million instead.

Laurence Hallier is the boss of a firm who built the Panama Towers in Vegas and he and Pam signed a deal in ’06 where she agreed to help sell them by doing personal appearances at buyer events. In return she’d get one of the rather swish condos herself.

Just one snag – Larry now says she hardly ever showed up.

His lawsuit claims he did a similar deal with Leonardo DiCaprio and Leo’s boundless charms helped sell 100 units. But Larry says Pam just missed one event after another, with no viable reason ever heard from her reps.

Larry now blames the 43-year old actress for his firm being unable to unload the condos and he wants $22.5-million, which is what he claims the unsold units have cost them.

But this botox-fueled bun-fight doesn’t end there – Pamela Anderson Baywatch celebrity is already suing Larry, claiming he promised her $1-million if she didn’t end up with a condo, and she didn’t get paid. But Larry argues she’s not entitled to the cash because she didn’t perform as required by their deal.

Perhaps not surprisingly, calls to Pam’s reps are so far unreturned…what do you think of this sticky situation? Can Pamela Anderson Bawatch chick get out of her bankruptcy problems?

Newer Post Mr. Worldwide Pitbull in Concert Took Beirut on a Trip to Planet Pit!
Older PostCaracalla ‘Once Upon a Time’ Dazzle Crowds at Beiteddine