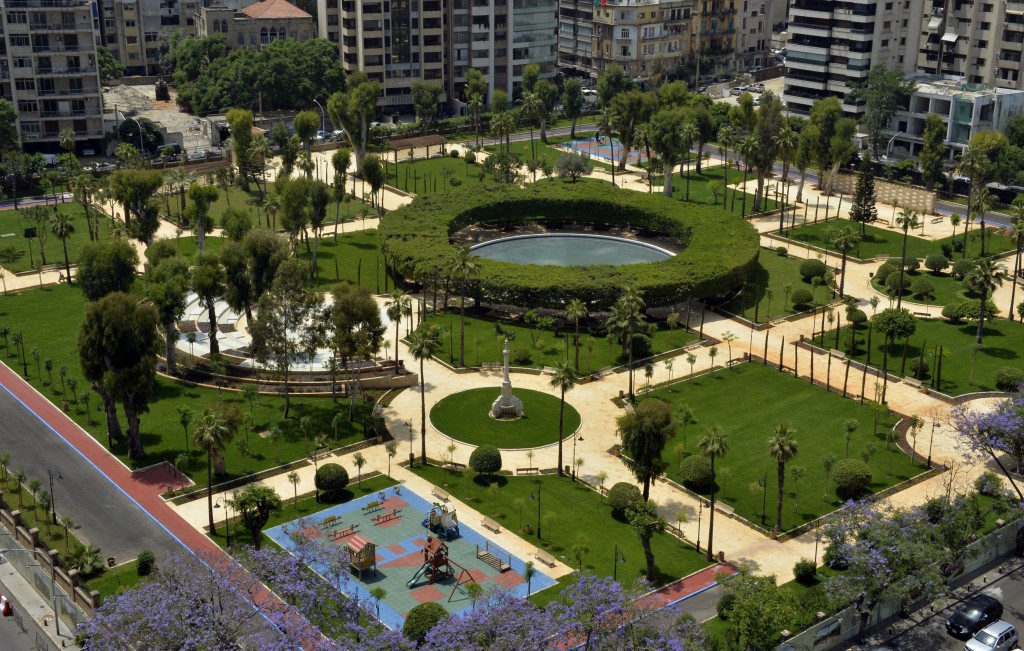 Azadea Foundation, a non-governmental organization managed, financed, and sponsored exclusively by Azadea board members and employees, celebrated the re-opening of the René Mouawad, Sanayeh Garden along with the Municipality of Beirut, public figures, media partners, Azadea employees and thousands of Lebanese citizens on Saturday May 31st and Sunday June 1st. The city’s biggest public park underwent, for the last two years, a $2.5 million makeover funded by Azadea Foundation, turning it into one of the most beautiful iconic gardens in the region.

The grand two-day opening event featured a ribbon cutting ceremony on Saturday which was attended by a number of public figures, Members of the Parliament and representatives of the cabinet. On Sunday, celebrations continued welcoming the masses to enjoy a fun-packed day at the park.

The celebrations featured ongoing entertainment shows by talented local bands, clown jugglers, story tellers, caricaturists, and various activities such as urban farming, origami workshops and exhibitions of live street art and photography. Moreover, the fountain of the René Mouawad, Sanayeh Garden was portrayed in a legend written by Lebanese author May Menassa, who encouraged visitors to make a wish and place a Dahlia flower, symbolizing peace in the majestic fountain.

“It is of great honor to witness the re-opening of this historic public green space and hand it over to the Lebanese citizens. We trust that they will preserve it for years to come, marking it as one of Lebanon’s major attractions,” said Marwan Moukarzel, Chairman of Azadea Foundation.

The project included the renovation of several amenities in the 22,000 square meter garden while maintaining its true heritage. It now has secure children playgrounds, bicycle and running tracks, promenade lanes, a fountain, an amphitheater, an exhibition area and reading areas, all in line with international standards. To add, Azadea Foundation has also drawn a maintenance plan for the next 10 years to preserve this beautiful new green space.

“The Rene Mouawad, Sanayeh Garden is now fully equipped to host all sorts of educational, cultural and recreational events. This is all just a part of our long-term plan to give back to the society by establishing sustainable green initiatives,” added Moukarzel.

With its constant efforts and devotion, Azadea Foundation will continue to deliver more impactful environmental projects in both Lebanon and the region with the hopes that other companies will follow suit.

Newer Post Getting Sun-Kissed on Sunday at Riviera
Older PostWin with our adidas World Cup Competition!