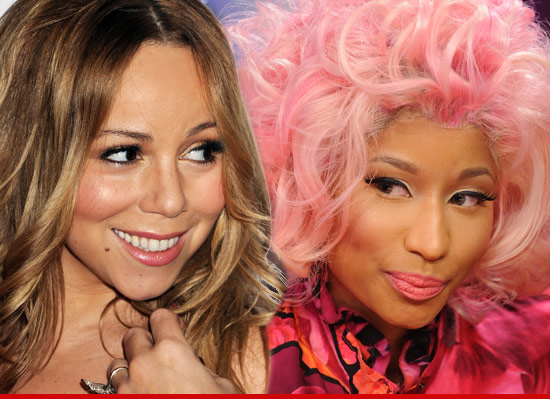 Mariah Carey fired the first shots in her “American Idol” war with Nicki Minaj … calling the rapper a “bitch” multiple times … this according to sources close to Minaj.

According to our sources, Nicki is adamant … in the moments before the TMZ video begins, Mariah repeatedly berated her … until Nicki finally had enough and exploded.

We’re told … Nicki feels Mariah has been wasting everyone’s time by constantly praising herself instead of focusing her energy on critiquing the contestants.

One source tells us, “She keeps bringing up how many records she’s sold, name dropping people she’s worked with, how many tours she’s done, and how many Grammys or awards she’s won … Nicki is tired of it.”