Wilder Mann by Charles Fréger: Press Review with the Artist 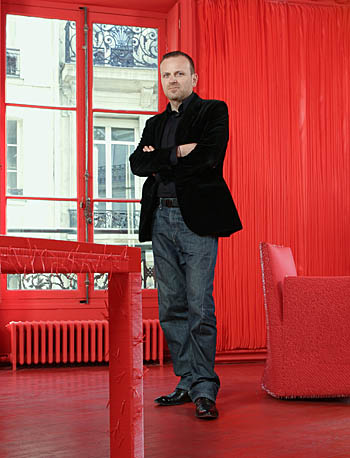 From 14 September, 2012, to 12 January, 2013, at the invitation of the Hermès Foundation and its curator Paul Cottin, the TH13 gallery in Bern will be presenting a selection from the Wilder Mann, artist Charles Fréger’s most far-reaching photographic series to date.

With Wilder Mann, Charles Fréger pursues his quest for “untimely communities” as Michel Poivert pointed out about the artist’s previous series Jockeys, Majorettes, Opéra, Légionnaires, Rikishi, Empire… which already revealed the issue at stake in the photographer’s work: making visible what our individualized, globalized society considers anachronistic. These communities, mostly young women and men belonging to group structures with a uniform – trainee sumo wrestlers, grenadier cadets from the British Royal Guards, synchronized skaters from Finland, etc. – are linked by contemporary experience of sociability or an attitude to history that we have wrongly come to think of as being obsolete.

Time and time again, throughout his various series, Charles Fréger has rigorously used a modus operandi based on formal choices: careful pose and background for the model; use of flash to make the silhouette stand out from its environment; the desire to give his in situ portraits the feeling that they are more than simple records by infusing an aura of ‘staging’ enhanced by a motionless aesthetic quality. But just as important to the photographer as the costume’s aesthetic appearance is the physical experience entailed by wearing it, often constraining and even painful in some cases, at times forcing the wearer to assume a stiff posture. Above all, uniforms or costumes mean a discipline that implies acceptance of membership rules which erase individuality. Here, the costume becomes the revelation of ‘another’ being linked with practices which originated long ago.

The Wilder Mann is the photographer’s most extensive series produced to date – two years’ work in nineteen European countries – and heralds a turning-point in his work. There is more to belonging to the Wilder Mann community than there was in the costumes’ formal visual analogy in his series Majorettes or Rikishi especially. Here the action takes on all the significance of the symbolic adoption of the “wild man” figure found in different forms across Europe with an extraordinary diversity of characters that legend has it were all born from the union between a woman and a bear.

The link with history or with specific practices, such as the photographer chronicled in his earlier series, concerns custom codes traditional in societies where man’s “savage” side has been thrust back into his dark subconscious, inaccessible to our modern minds. By slightly opening the door of time, Charles Fréger is no longer merely gathering together communities linked by a set of rules. He is placing the individual centre-stage face to face with his fears. The Wilder Mann costume is not simply the sign of belonging to a group bound by a ritual: it enables each actor to exorcise or celebrate his own demons and angels with rites and mimicry played out behind a mask.