He dressed celebrities you have all listened to and watched, some of them are:

You are all invited to attend the opening on Friday March12th, 2010 at 7:00 p.m on the prestigious Foch Street, the opening will witness a 40% discount as a celebration gift.

The brave American Lebanese mastermind Edward Dada and his creation Dragonfly, the wildly successful clothing line in Hollywood, is now in Lebanon. The renowned brand was founded in 1994 when Edward has created a whole new category in clothing, revolutionizing the fashion industry without forgetting his origins, the land of the Cedars. Edward’s masterpieces all carry messages to the public in a Rock ‘n’ Roll, cult film and Goth images. Messages for freedom, peace, death, and war. 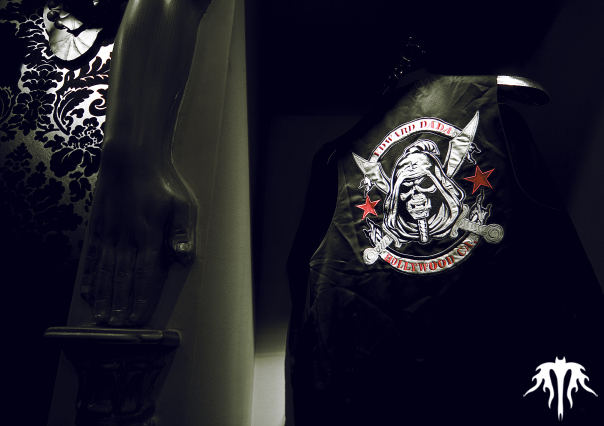 Dragonfly, under Edward Dada’s creative wand, made clothing for bands individually, producing tour shirts for everyone from the Rolling Stones to soloist Bill Clinton. Dada is his mother’s maiden name. And that the Dada movement, which he greatly admires, has a magnificent art piece that is a Dragonfly and soon Edward Dada brand name.

Dada was the first ever in the history of fashion world to create Rock ‘n’ roll album art on board-shorts and button-down shirts. Eddie was also the first person to co-brand & design for Hard Rock Cafe & Harley Davidson and earned the first rank at the largest fashion tradeshow in Las Vegas in 2002 for Best Booth Award.

Dragonfly is in now in downtown Beirut on the prestigious Foch Street, bringing brave Rock ‘n’ Roll couture at its finest from Hollywood to Beirut city!

Stay tuned, to a BeirutNightLife exclusive interview with Edward Dada, and more….