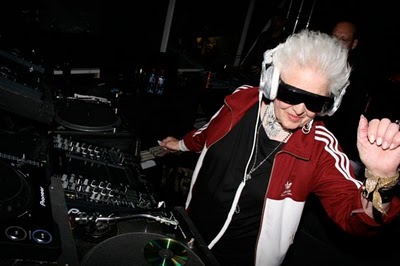 69-year-old Ruth Flowers is a living example that age shouldn’t get in the way of things you’re passionate about. Ruth does extraordinary things, for her age.

Known as “Mammy Rock“, around the European club scene, Ruth Flowers is probably the oldest professional DJ in the world. The British granny wears bling-bling headphones, trendy clothes and sports an electrifying hear-do as she works the turntables in popular clubs, in France. 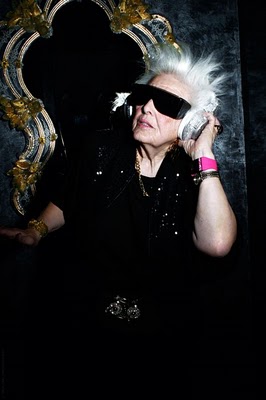 Mammy Rock’s career began when she was 65. Her grandson was celebrating his birthday in a London nightclub, and asked Ruth to join him and his friends. There were a few problems with the bouncers, who didn’t feel right letting a senior citizen inside such an establishment, but as soon as she stepped in, Mammy Rock was bewitched by the lively atmosphere that made her feel so much younger.

She talked to her grandson about becoming a DJ herself, and although he thought she was mad, he agreed to introduce her to a young music producer. After learning the basics of electro music, Mammy Rock developed her very own style, and one of today’s most in-demand DJs.

Ruth had had a pretty interesting youth, going to balls all the time, but with the coming of old age, she became bored out of her mind. She says she’d much rather “sign a contract with a record company than to sign up for the nursing home.”