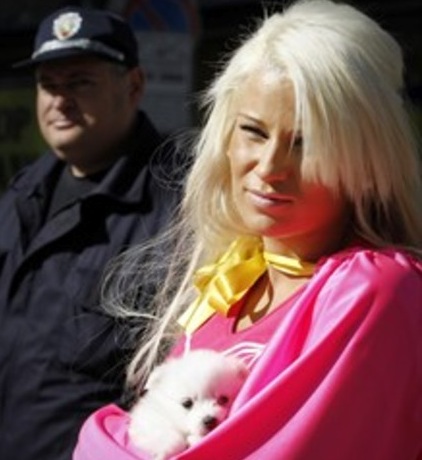 Dozens of blondes — natural or otherwise — dressed in raucous shades of pink have marched through the Bulgarian capital of Sofia accompanied by cheerleaders and a brass band.

The procession on Saturday — under the motto “Let’s smile more often and be better people” — was the key event of a three-day convention of blondes, organizers said.

Olga Uskova, head of the International Association of Blondes, said attendees came from 10 countries, mostly from Eastern Europe. She said the group has several thousand members and hoped the gathering will turn into an annual event.