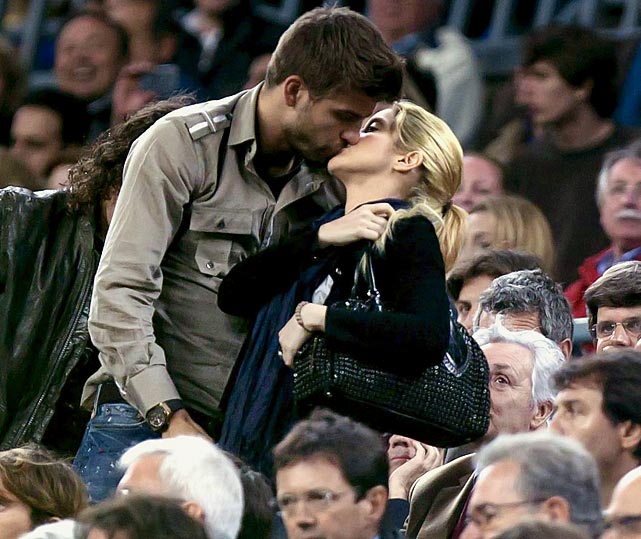 Just a few short hours after arriving at the hospital on Jan. 22, Shakira and boyfriend Gerard Piqué have welcomed baby boy Milan Piqué Mebarak into the world! Congrats to the new parents!

Shakira and boyfriend Gerard Piqué are officially parents, as the couple have announced the birth of their first child together, a son named Milan Piqué Mebarak, on the singer’s website!

“We are happy to announce the birth of Milan Piqué Mebarak, son of Shakira Mebarak and Gerard Piqué, born Jan. 2 at 9:36 p.m., in Barcelona, Spain,” read the announcement on the website.

“The name Milan (prononced MEE-lahn), means dear, loving and gracious in Slavic; in Ancient Roman, eager and laborious; and in Sanskrit, unification. Just like his father, baby Milan became a member of FC Barcelona at birth.”

The hospital confirmed that Milan weighed approximately six lbs. six ounces, and that both Shakira and her new baby are in excellent health.

Earlier in the day, the new coach on The Voice took to Twitter to ask for good thoughts from her fans. “I’d like to ask you all to accompany me in your prayers on this very important day of my life,” Shakira, 35, wrote.

The singer and her beau, the 25-year-old central defender for Futbol Club Barcelona, arrived at the hospital in a black Audi. According to Huffington Post, Shakira requested that all members of the medical team assisting her gynecologist be women.

“Everything was organized, down to the smallest details,” a source told the website. “Though Shakira has always asked to have a natural childbirth, it is quite possible that, because of the enormous size of the baby, it could be a C-section. That is why within the medical team, they also have a plastic surgeon to assist her.”

Newer Post Super-Yacht With a Surprise
Older PostNew Kids on the Block Tour: Announced! With 98 Degrees! And Boyz II Men!