Ken Shamrock Roughs Up a Woman: “Thought She Was a Man” 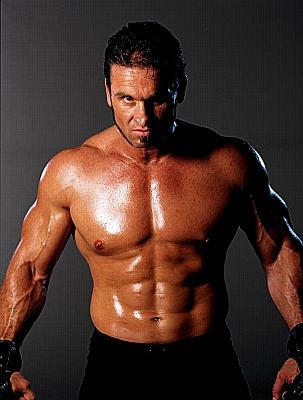 UFC hall-of-famer Ken Shamrock — one of the greatest MMA fighters ever — has been accused of battering a woman at a California mall … but Ken claims it was an honest mistake … ’cause he thought she was a he.

Shamrock — whose nickname is “The World’s Most Dangerous Man” — was hangin’ out at a mall in Modesto, CA last month when he saw two women fighting each other in front of the Coach store … surrounded by a group of lookie loos filming the whole thing.

We’re told Shamrock dove into the scrap and tried to pry the women apart … when one of the bystanders, a HEAVYSET bystander, jumped on his back and tried to rip Ken out of the pile.

Shamrock’s rep tells TMZ … he threw the person off of his back and followed up with a move that knocked the attacker to the ground.

After the person was incapacitated, the crowd shouted at Ken, “You just hit a girl.” Ken took a closer look and realized the attacker was in fact a female .. so he immediately backed off.

An officer arrived to the scene and took a battery report against Shamrock, noting the only injury was a slight abrasion to the woman’s knee. The report was sent to the District Attorney’s Office.

But law enforcement sources tell TMZ … Shamrock probably won’t be prosecuted because officials don’t feel the woman he knocked to the ground is a “victim.” In fact, they believe Ken was acting in self-defense.

Shamrock’s rep notes, “Outside the ring, Ken is not a violent man … and was only trying to do the right thing.”