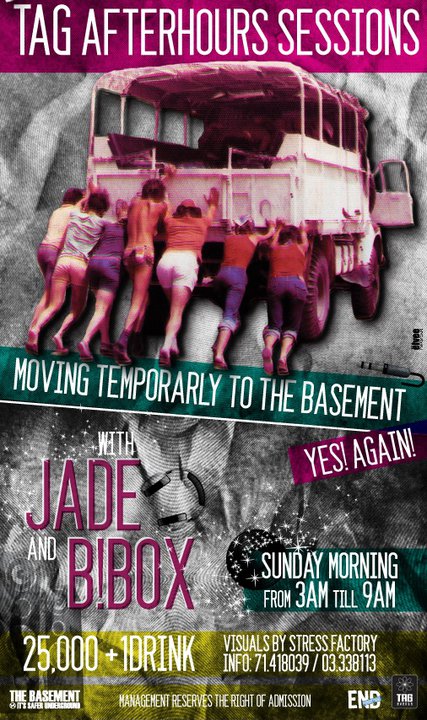 Lets pack it up boys and girls, we’re on our way back to where we came from!

At the beginning of the New Year, TAG events will retrace its steps back to the original WONDERBAR. 2011 features made-over furniture, made-over sound system, and the same friendly and familiar faces you’re used to seeing at our weekly afterhours parties.

If you survived the slushy, noisy, slippery, smelly, sweat stained experience and state-of-the-filth bathrooms at Milk, you’re a champion and we love you for it. We will make up for the inconvenience once back home!

As the reconstruction and renovation of the original WONDERBAR is taking place, TAG AFTERHOURS SESSIONS will be held at THE BASEMENT from 10/10/10 until the end of the year.

Good thing we bought a round trip ticket.