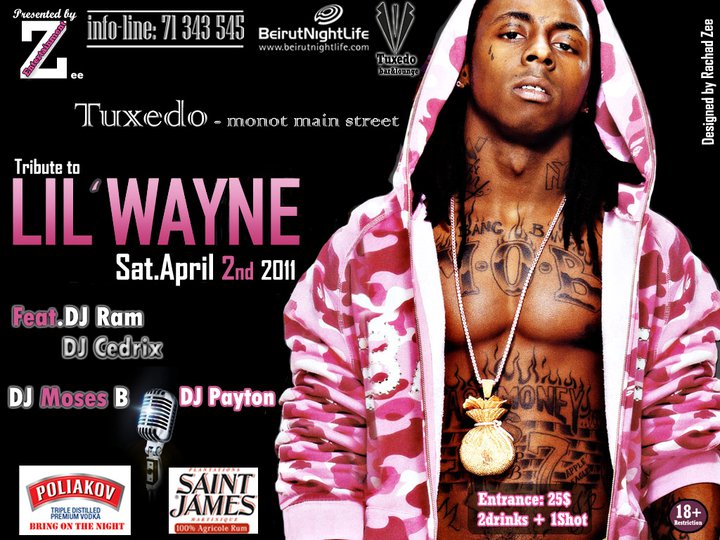 Details: After all the hype, we bring you a notorious R&B night on Saturday April 2nd 2011. Line-up DJs spinning the best of tracks featuring DJ Ram, Moses B, Payton and guest DJ CEDRIX !

Dwayne Michael Carter, Jr. (born September 27, 1982), better known by his stage name Lil Wayne, is an American rapper. At the age of nine, Lil Wayne joined Cash Money Records as the youngest member of the label, and half of the duo, The B.G.’z, with B.G.. In 1997, Lil Wayne joined the group Hot Boys, which also included rappers Juvenile, B.G., and Turk. Hot Boys debuted with Get It How U Live! that year. Lil Wayne gained most of his success with the group’s major selling album Guerrilla Warfare, released in 1999. Also in 1999, Lil Wayne released his Platinum debut album Tha Block Is Hot, selling over one million copies in the U.S.