There is one thing that goes hand in hand with Nightlife, and to go even further, and with life itself. That one this is music. The music world is vast and to me seems endless. On a weekly basis I attend clubs, pubs and events that fill my ears with melodies. It is always a great thing to expand your music library. Whether you are a DJ, a rock-star, an industry professional or more importantly a true fan of music, coming across new solid tunes is more then a pleasure. 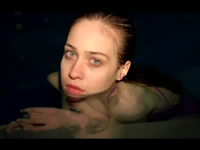 1. Fiona Apple – Criminal: Dark, sexy, musically strong is how I describe the song Criminal by Fiona Apple. At the young age of 19 Fiona received a Grammy award for Best Female Rock Vocal Performance for Criminal. At first I didn’t like this singer but now for some reason I have learned to appreciate her style. Check her out you might get into it too.

2. Goo Goo Dolls – Name: I suppose I am on an 90’s kick at the moment because these amazing rock songs from the 90’s have been on rotation non stop. Name is one of my favorite early 90’s songs, it is by American Rock band the Goo Goo Dolls. When most people hear this band’s name they laugh but with 9 studio albums under their belts and a few Grammy Award’s I think they deserve some positive recognition. Listen to this song I am sure you will know the words to it, if not I think you will enjoy it for the catchy song it is. 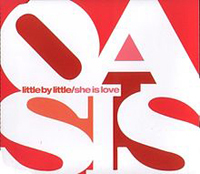 3. Oasis – Little By Little: I have mentioned this band before, and I am sure I will mention them many more times, this week I want to concentrate on the song off of the Oasis album Heathen Chemistry, entitled Little By Little. Noel Gallagher wrote and sang this song and he happens to be my favorite of the Gallagher brothers. Give this record a spin it will put you a relaxed and sweet mood. 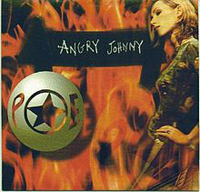 4. Poe – Angry Johnny: Before anything I would like to mention that I think Poe is a very underrated artist. Her voice is beautiful, her songs are well written and she offers a style that is different from the rest. Angry Johnny was a single released off of her debut album entitled Hello. I would start off by listening to that song to get a good feel of what Poe is about, then continue to buy her full length albums. 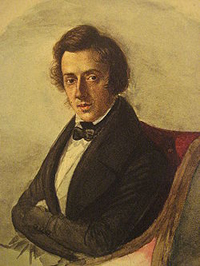 5. Frederic Chopin: Like I always say you can’t appreciate music without knowing where it came from. Chopin was a Polish composer and pianist. Chopin was often referred to as “the poet of the piano” for the fact he was the master of romantic music. Unfortunately Chopin suffered from bad health most of his life and died at the early age of 39. Luckily we have his masterpieces to remember him by. 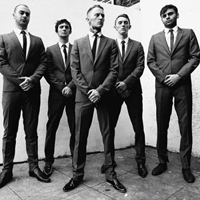 6. Gallows – 100% raw punk rock. This hardcore punk band from Watford England encompasses what real fast, and heavy music should sound. The attitude given from frontman Frank Carter takes you back to the days of bands such as Black Flag and Minor Threat. The band has two full length albums out, Orchestra of Wolves and Grey Britain, both equally as amazing. Gallows if most definitely a band that everyone should see live.

7. The Explosion: Another band that I don’t think gets recognized as much as they should have. This punk band from Boston has three studio album, two live albums and a number of EP’s to call their own. The band unfortunately for fans broke up in 2007. Check them out if you like the skate punk sound. 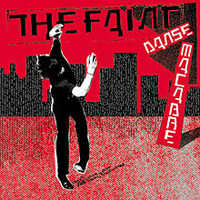 8. The Faint – Danse Macabre: For fans of Dance, Electro New Wave, Indie music I offer the Faint. Some don’t know this but the band was originally known as Norman Bailer and included Conor Oberst (singer of Bright Eyes and a big name in Indie music). Later the band continued without Conor but succeeded all the same. Danse Macabre is the Faint’s third studio album, it will get you moving especially songs like the first track off the record, “Agenda Suicide”. 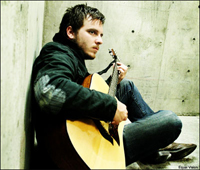 9. Dustin Kensrue – Please Come Home: Dustin Kensrue is known to be the vocalist of Post Hardcore band Thrice. Along with the success of Thrice, Dustin decide to branch off and put out a solo album with a much different sound than what we were used to with Thrice. His album Please Come Home offers a more folk rock, country vibe. To my surprise the album became one of my favorite out in 2007. When you want to relax at home definitely throw on this record. 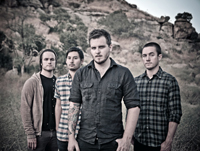 10. Thrice: I mentioned Dustin so of course I have to mention Thrice! This Rock/Post Hardcore band formed in 1998 and since then have put out epic album after epic album, and played countless amounts of live shows that I can’t seem to get enough of. Each member of this band is extremely talented in regards to the instruments they play and more. I don’t think I can explain the talent of this band enough so I urge you to pick up each album as they all are amazing and all have a different sound. Below are the albums in order of release.