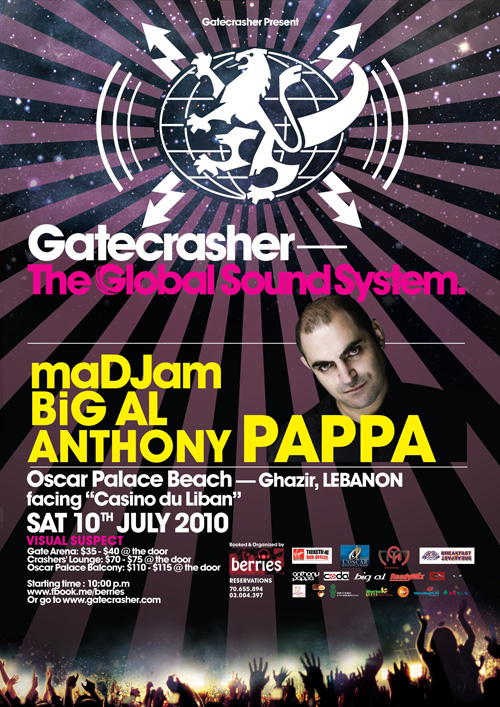 The number one Electronic Dance Music brand in the world presents:

The DJ’s DJ Live in Lebanon  2010 is set to be his best year as he plans to release a 3rd installment of the “Moments” series which has seen unprecedented success in the progressive house music arena both in terms of album sales and tours around the world.

Ever since his performance in front of the Lebanese house music audience in August of 2008 for the release of his album Moment v2, we have all been eagerly awaiting for his comeback. The superior quality of house music and the high turnover at that memorable night proved once again that “Pappa” truly is a master of his craft and one of the most respected and revered DJs on the international circuit.

For the first time Anthony will take on the Gatecrasher Global Sound System stage, a setup never seen before in Lebanon at Oscar Palace Beach, Ghazir facing Casino Du Liban.   Line up :

Under the slogan “It will always be with u” , Gatecrasher GSS which has provided venues from around the world with DJs such as Paul Oackenfold, Sasha, John Digweed, Sander K, Mark Knight, Tom Novy, Judge Jule, Matt Darey and many others…is well known for its superb and attractive stage set up.

The Tour features Gatecrasher artists, state of the art touring production, and a cutting edge design.

Tickets are already on sale at Virgin Megastore in all its branches : 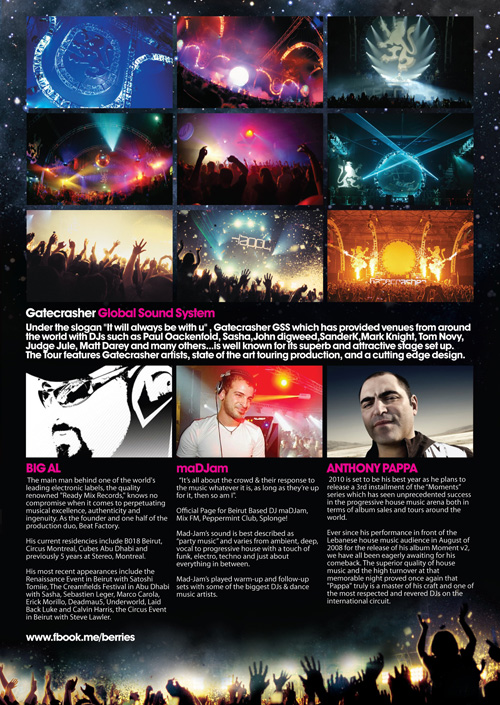