The World’s Longest Bar Happened in Jounieh Once Again!

After the huge success of the 2011 Longest Bar event, Jounieh pubs were proud to present the Longest Bar-The Sequel. Last year, Lebanon took the title for having the World’s Longest Bar, as all the bars and pubs in Jounieh closed their indoors to join in the outdoor fun. The bars came together one by one to create the World’s Longest Bar, where more than 400m of excitement and open-air madness went down… And this year was to be even bigger than last! 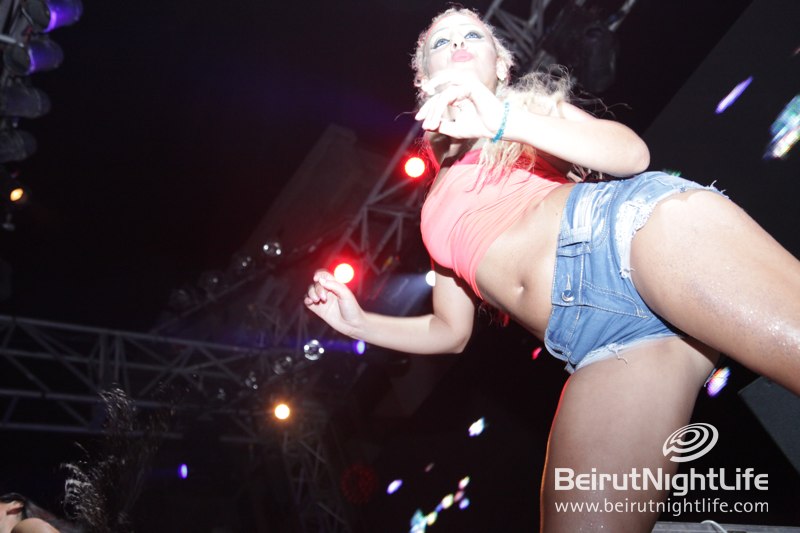 The event commenced at 9pm as pub-crawlers flowed into Jounieh to enjoy the festivities. Laser light shows and LED screens with visual displays were spread all over the Jounieh pub district. Dancers were scattered all over the islands along side the Longest Bar, supplying the perfect atmosphere for the epic evening. Of course, no event in Lebanon would be complete without the VIP and VVIP areas (these handled by Bar National), which included lounges in front of a huge stage that many DJs would be performing on throughout the night. Lebanon’s very own Electro/House extraordinaire, MaDJam supplied a killer set as well as two of the sexiest DJs (or DJanes) in the world, Duo Diamonds, performed their sultry set leaving the crowd yearning for more.  DJ Raed also performed his mixed set with a great deep house sound.

By 10:30pm the Jounieh pub district was fully packed with thousands of people including celebrities like Gizelle Khoury and many more. The celebration for the World’s Longest Bar the Sequel lasted well into the morning hours, which is just the way we like it!

BeirutNightLife.com were all over the streets of Jounieh covering the epic World’s Longest Bar 2012 event….