The USEK university in Kaslik hosted a fun themed evening on April the 28th at the USEK’s main campus, the “Hollywood Open Night”, whose profits were donated to a child’s medical treatment. The event had a red carpet, limousines, models, and photographers, and it was organized by Michel Kharrat, Michow and his crew. 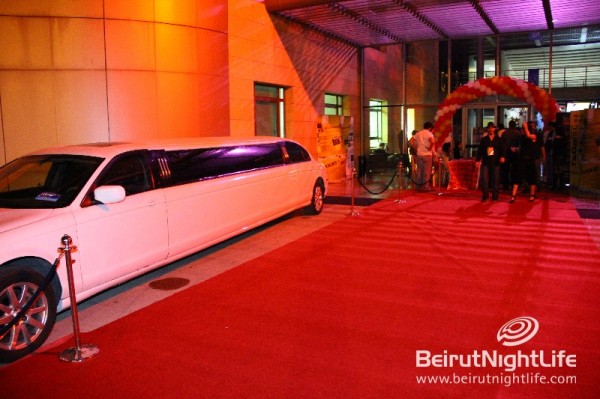 The main feature of the event was Said Faraj, and international Lebanese Hollywood actor who co-starred with Mat Damon in Green Zone and had a part in Sinbad  3D. He was broadcasted live on a big screen as he revealed a surprise to those present.

The entertainment consisted of Chris Hawat for the “One Man Show”, DJ’s Oleg and Tony C, a dual percussion show, and a “dabke-techno” team. And awards ceremony was held with prizes for “Best costume Award” and “Movies and Actors Competition Award”.