It was the perfect ending for a perfect  2013 Emirates Airlines Dubai Jazz Festival. The venue was the busiest so far–with around 12,000 jazz lovers attending the finale. Launching the evening was the all-star jazz cast of the Jazz Garden: Paul Brown, Marc Antoine, Oli Silk, Lin Rountree and Brian Simpson delivered a very pleasurable smooth jazz set, paving the way to multi-Grammy Award winning quartet The Yellow Jackets, who cradled fans to their jazz tunes, warming up the atmosphere for what would be the liveliest night of the festival. 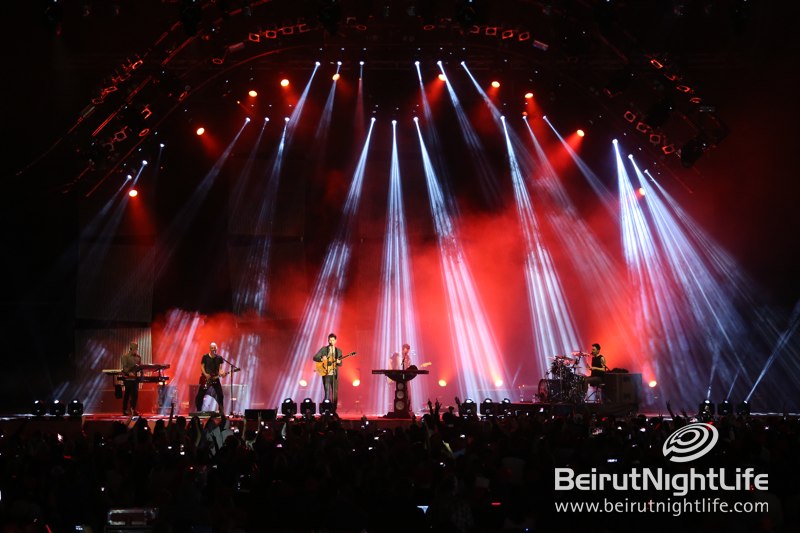 Between 10:00 and 10:30pm, people started heading from the jazz garden, food kiosks and booths to the main arena, picking up red hats, blankets and quirky glasses along the way -a routine we’ve come to anticipate for the past two weeks. The “standing” grass area was packed. A sea of red confirmed that the attendance was much higher than all the other nights.

Around 10:30, The Script’s lead vocalist, Irishman Danny O’Donoghue, welcomed the crowd: “Here we go Dubai!” and kicked off the performance with “Good Ol’ Days”. 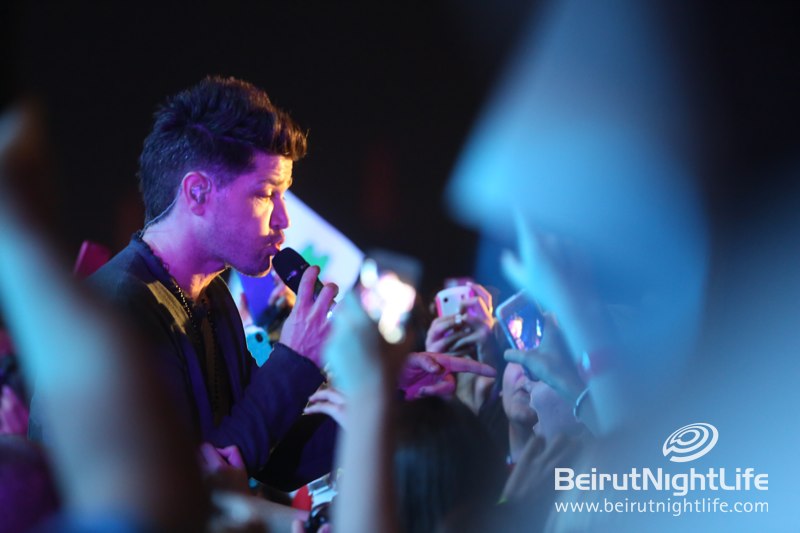 During the second song, “We Cry”, he invited “everybody” (to) “say”: “We cry”, by placing the microphone in front of people in the crowd; some sang along, others just shouted.
As soon as the chorus of “Break Even” came up, the crowd immediately sang in one voice “’Cause when a heart breaks, no, it don’t break even…”

“Thank you so much everybody. We couldn’t be more far away from our hometown by you make us feel so welcome… This song put us on the map, it’s one of our first songs,” said Dany, introducing their hit song “The Man Who Can’t Be Moved”, setting the crowd on another singing happy trail.

Proceeding with a sad song style, Mark, lead guitarist and back up vocalist, wholeheartedly shared: “When we were writing this song, myself and Danny lost our parents, and they never saw us play it,” and as if sending off the title of the song as a message, they ‘pleaded’ “If You Could See Me Now,” then “Before The Worst,” but the best was yet to come.

“Thank you. You guys look absolutely beautiful.  We’d like to dedicate this song to you tonight. It’s called: ‘If You Ever Come Back,’ announced Dany, and we were suddenly transported in a mix of drums banging, people cheering, feet stomping and hand clapping. 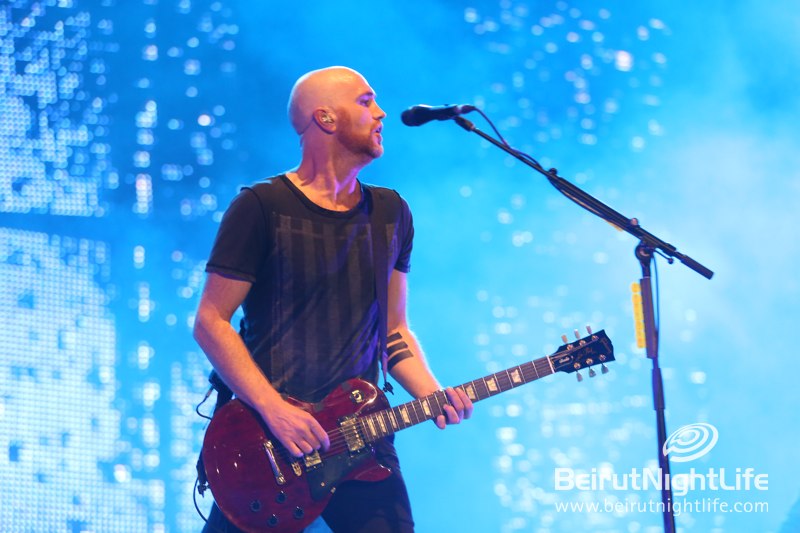 Interacting with the crowd throughout the performance, Danny shouted out: “We always take a souvenir with us. Can we take a Twitpic of you?” to which thousands of “yes” and “yay” rose in the air. After taking a picture of the crowd, Dany invited one of the fans to “drunk-dial” someone, picked up the phone, and sang into it when the other party picked up: a funny phone prank indeed. He kept the phone during the next song which he recorded, making someone’s life just a bit happier, and giving them an exciting story to tell!

“Nothing” and “I’m Yours” followed, crowned by “Six Degrees Of Separation” (from the new album) to which the crowd sang, waving lighters, phones, and glow devices in the air, to convey a romantic atmosphere. 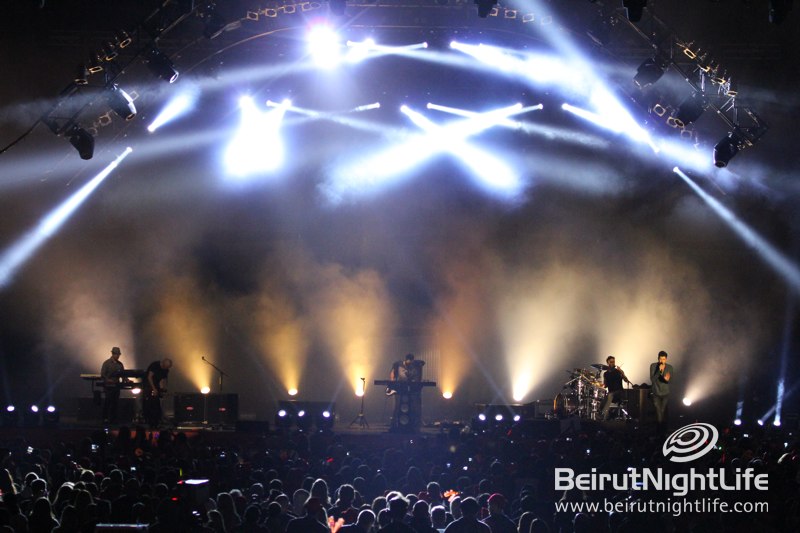 As the fans could not get enough, The Script performed a couple of final songs, taking the concert to its peak with “Hall Of Fame”, their collaboration with Will.I.Am. Needless to say the crowd went wild, sending us off with a happy vibe.

Separation time arrived indeed, as the Dubai Jazz Festival’s 2013 edition came to an end, leaving us wanting more and wondering what Chillout Productions have in store for us in 2014.

Here is some exclusive photos from BeirutNightLife.com in collaboration with PingDubai.com