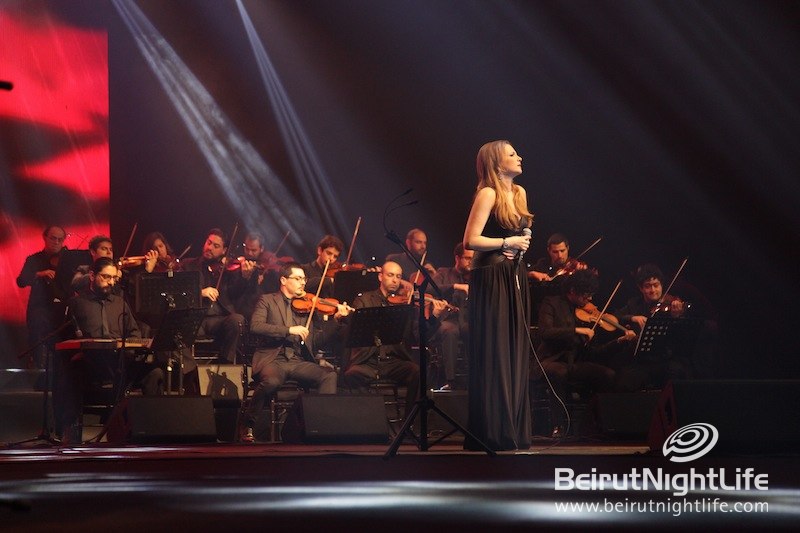 The angelic soprano, Tania Kassis captivated the hearts and souls of every one who attended her concert at Forum De Beyrouth. A concert for peace that was vastly promoted by the first Lady Mrs. Wafa Suleiman.

Tania shared the stage with Johnny Maalouf from THE VOICE – France, Fady El Khatib, Zeina Daccache, Elsy Ferneine and Fadi Halabi and sang all together for peace. The great stage and light setting teleported the minds to a whole other dimension of magic and charm. An experience that can be fairly labeled as “food for the soul”.

She also released her CD/DVD “Live At L’Olympia”. As per Tania’s biography on her page, she was granted the Lebanese Accomplishment Medal, she defends the cultural diversity as well as the religious dialogues. She also paid a tribute to Gibran Khalil Gibran in New York and at the UNESCO Palace of Paris next to the famous french singer Francis Lalanne.