Start a Party Through the Ages!!

J&B Start A PARTY Through the Ages at Byblos, one of the oldest inhabited cities in the world, was a new experience for a number of expats and tourists from 22 countries around the world representing different industries such as media, public relations, advertising and many other as well. The show was mesmerizing, with a variety of entertainment set for this one night at the historical city. 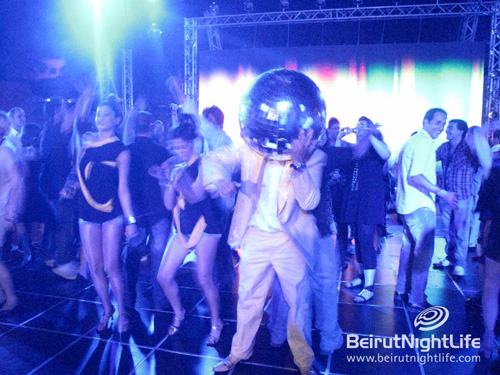 Amazing lounges, fire breathing, disco balls all over the place including a human dancing disco ball. The music was another story of the night from percutions, house, belly dancers, RnB and a lot more. An original party atmosphere with the sweet breeze of the Mediterranean and a touch of the old city ambience is another success on the ultimate party icon J&B records.

Newer Post Beirut World Cup Fan Park: Set and Ready
Older PostDinner in the Sky: The Sky is Not the Limit!