The famous Star Academy Show aired on LBC has closed the curtains on its 7th chapter announcing the triumph of the Syrian Nassif Zaytoun. The fierce competition between the final three Mohamed Ramadan from Jordan and Rahma from Iraq ended with Nassif winning the title receiving the highest percentage of the public vote 65.21%, Rahma received  24.08% and 10.71% went to Mohammed Ramadan. 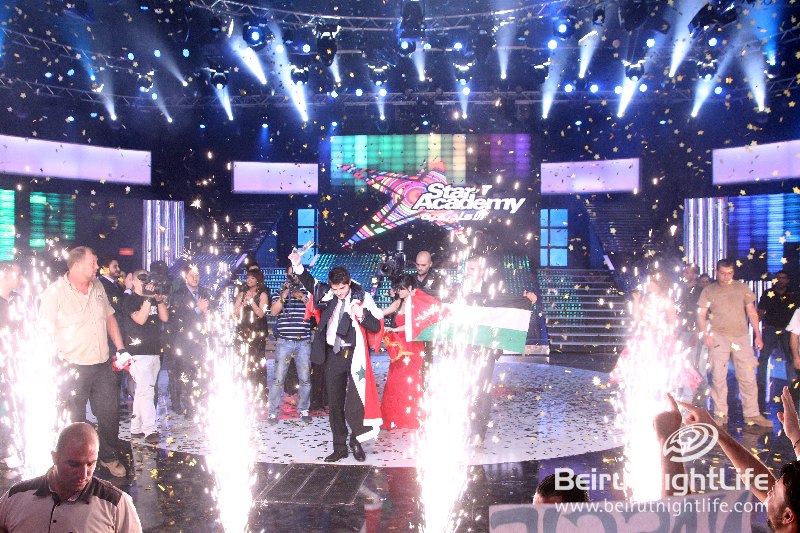 The final episode of Star Academy 7 was attended by Elissa and Wael Kfoury, ending four months of hard training and attracting crowds from all over the Arab World. Star Academy has proven to be one of the most successful programs in MENA region and the entire Arab world embracing and polishing talents of Arab youth.

BeirutNightLife.com was there for the grand finale, and is proud to bring you the Star Academy 7 Final Prime premiere photos. Video coming up next with a full event details. BeirutNightLife.com congratulates the Nassif Al Zaytoun from Syria wishing him a successful future.