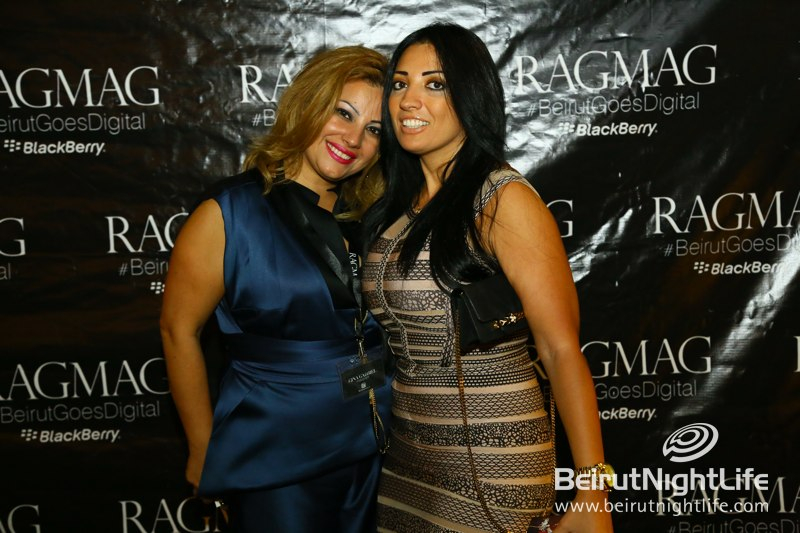 On the occasion of the first annual Social Media Awards RAGMAG Magazine staged the official After Party in collaboration with BlackBerry. The event, held at Beirut’s hippest destination, Momo at the Souks, took place the evening of April 29th post the awards ceremony at the Phoenicia Hotel. “Created by the Online Collaborative, we were honoured to work closely with their dedicated team for the SMA ceremony and the celebration,” said Fida Chaaban, RAGMAG Editor in Chief. “We were especially thrilled to be partnering with BlackBerry Middle East for the After Party, in addition to our sponsors Champagne Pommery, Label 5 Scotch Whisky, and CHOPIN Vodka. Our valued media partners, led by BeirutNightLife.com as the official photographers for the event,” she added. “Our direction for RAGMAG has always been an organic growth through social media platforms, and the very fabric of our success has been due to this.”

Speaking on behalf of the Online Collaborative, Mohammad Hijazi Chief Collaborator commented that, “The OC decided to invite RAGMAG to be the Strategic Partner for their long-term commitment to social media and the people operating in those spheres. The After Party was a terrific evening and a wonderful closure to the first annual Social Media Awards.” As the Platinum sponsor of the official After Party, BlackBerry Middle East had a number of representatives on hand, and BlackBerry accessory merchandise was distributed via an online-offline promo during the event as a gesture of thanks to the online community. “The Social Media Awards is a fantastic initiative by the Online Collaborative and a great step forward in recognizing the potential of social media in Lebanon. We would like to congratulate all of the winners and we’re pleased to have celebrated their success at the RAGMAG Magazine After Party,” said Bianca Limwatana, Corporate Communications Manager, BlackBerry Middle East and North Africa.