A Secure Construction Haven
Despite the worldwide economic slowdown, Lebanon remains one of the few countries in the region to have witnessed little to no repercussions on its overall economy. 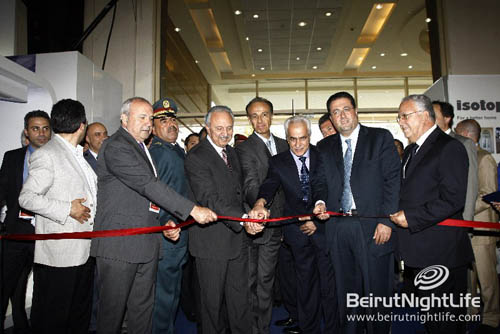 Against all odds, the country has demonstrated strong economic resilience, thanks to dynamic real estate, financial and tourism sectors that have recorded substantial growth in Q1 & Q2 of 2009.

The 2009 World Bank’s “Migration and Remittances Factbook” estimates inward remittances into Lebanon at some US$ 7.0 billion, the equivalent of 22% of total remittances in the MENA region.

This background renews confidence in Lebanon’s economic prospects, and solidified the country’s status as a destination of choice for real estate and construction investors. The construction industry is bursting with opportunities, backed up by government reforms, regulations and incentive programs.

Today, Lebanon is writing one of the region’s most impressive success stories – with construction leading the way with ongoing projects in the Hospitality, Residential, Corporate, Infrastructure & Academic sectors.

Consequently, the need for a bigger, better and stronger Project Lebanon 2010 has become vital. This year’s edition promises to be innovative and “way ahead”. Featuring pioneering solutions, new products of scale and valuable construction insights, the Sustainability Week remains a highlight of the show, mostly through its “educative” facet. Definitely a “MUST ATTEND”.

360 Market Insights: In Depth
Lebanon has established itself as the region’s ultimate hot-spot for urban development ventures, with an impressive number of multi-million dollars projects. Below, some of the mega-construction projects launched in 2009: $800M BeitMisk, $500M Venus Towers, $300M Beirut Souks in Beirut’s Central District, $200M Sama Beirut (the highest skyscraper in Lebanon).

About Project Lebanon 2010
Held for the 15th consecutive year, Project Lebanon has become an annual rendezvous for individuals and companies operating in all parts of the construction sector such as Architects, Engineers, Interior Designers, Contractors, Manufacturers and Distributors.

For decision-makers from across the Middle East, Project Lebanon has become a standard by which other shows are measured. It is expected to attract some 600 companies from more than 25 countries.

In addition to offering access to major players from other dynamic markets like Iraq, Syria, Jordan, the Palestinian Territories, and the oil-rich Gulf countries, Project Lebanon will help all exhibitors:

Sustainability: Not just Hype, for IFP a Socially Responsible Action!
An added bonus introduced at Project Lebanon 2009, “Sustainability Week” has become a major pillar in the 2010 edition, and the many more to come. Launched just last year, this concurrent event scored a huge success, acclaimed by the industry’s key people as consciousness and awareness of the need for renewable, sustainable and green solutions have been established. For instance, many solar energy firms will start operating in Lebanon in 2010

An eye-opener on the region’s growing demand for environmentally friendly construction materials and services, the inaugural event covered the range of Green Buildings and Sustainable Architecture, Water and Energy Saving, as well as Recycling and Resource Saving.

The upcoming 2nd Annual Sustainability Week will focus on the tremendous potential of “Green”, increasing awareness of environmental issues. Among Sustainability Week’s primary goals are closer cooperation between government and industry, as well as harmonizing standards in terms of equipment, designs, techniques, building-management processes and technologies that contribute to the sustainability of built-up areas.

This in turn helps companies develop and deliver products, services, policies and practices that appeal to today’s socially responsible consumer. Many interesting topics will be discussed, hosted and chaired by renowned international speakers: