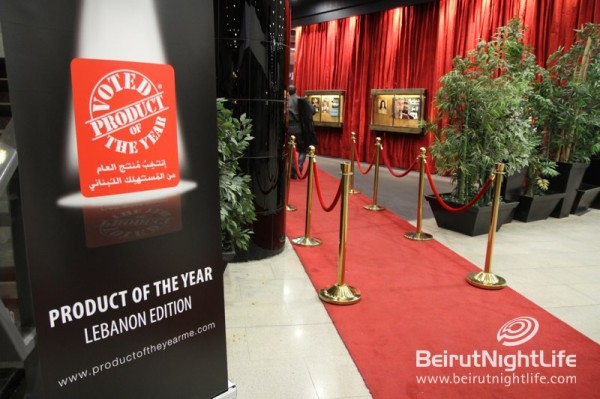 Budweiser, another brand under the umbrella of “Abi Ramia Bros”, won an award in the “Beer” category.

Mr. Joe Abi Ramia, the Marketing Manager of the company, received the awards and delivered the thank you speech.

Some brand representatives from Europe gave a few words at the event as well.

The awards ceremony was followed by the musical show of the Music hall resident artists. The event was packed with invitees from the industry and VIP guests.