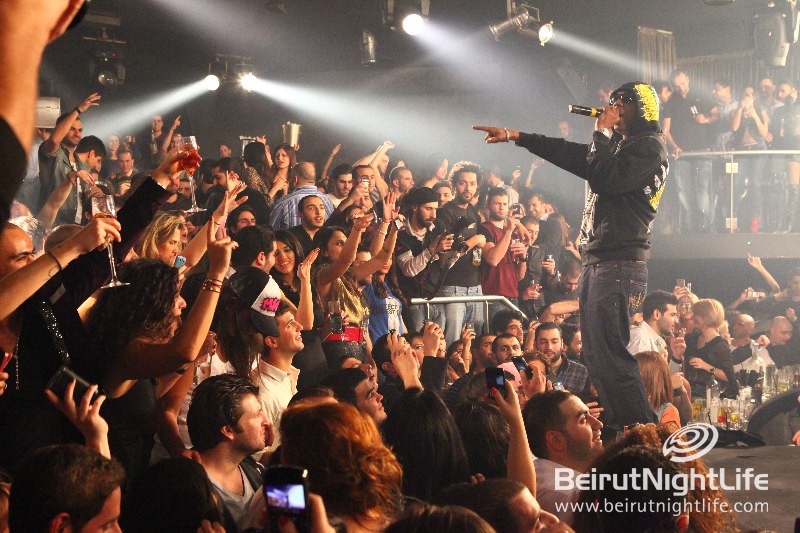 It seems that the Thank GOD It’s Friday series can only get bigger and better, with Coolio debuting and Ja Rule flying in a couple of weeks later, you can be sure that Palais by Crystal mean business.

These mammoth rap stars have created the songs which we consider part of the soundtrack of our lives. Ja Rule’s “Always on Time”, “Between You And Me” and “Mesmerize”. Not to forget of course, the epic “Clap Back” urban club anthem.

A choking traffic jam by eager clubbers gripped the roads and alleyways leading to Palais’ Monot Street location. Those lucky enough to have booked early, got in immediately and awaited the arrival of the man of the night. Others not so lucky cued up in hopes of finding a standing space to witness Ja Rule, up-close and personal.

An excess of 800 clubbers were present, and much to their delight, it was Ja Rule’s birthday! So, not only were Beirut clubbers enjoying Ja Rule’s performance, they also got to celebrate his 35th birthday; a supremely glamorous and exclusive birthday party.