Once Upon a Perfect Night with Poliakov “Ferry Corsten The Experience”

Poliakov have once again delivered their trademark dance event organization with Ferry Corsten’s Once Upon a Night Vol 2. 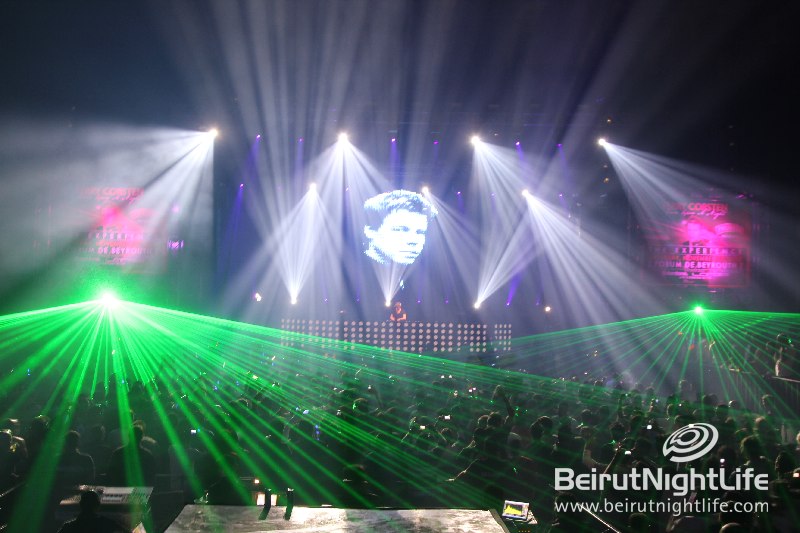 The buzz surrounding the return of one of Lebanon’s favorite DJs was tangible weeks ahead of time, culminating in the excitement and enthusiasm that transpired from the crowd. 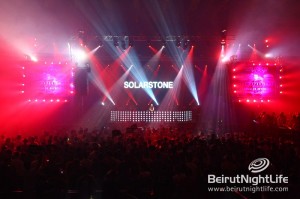 Five internationally renowned DJs took the wheel of the giant vessel that was Forum de Beyrouth taking everyone on trancey, bassy journey of spectacular melodies and magical visuals.

The night kicked off with the Basement’s Jade and Diamond Setter, spinning a set of tech-house from 10:00 till 11:00 PM as the clubbers were getting in.

At 11, JDS handed Solarstone the CDJs. Solarstone’s trademark raw sound got the crowd moving faster and faster, warming them up gradually for the much-anticipated main set of Ferry Corsten. 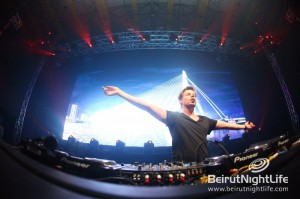 At 1:00 AM, the man of the night got behind the specially designed DJ booth and pushed the throttle to the maximum. Evenly paced storms of melody took the clubbers high up, and way down, as Ferry’s set built itself up slowly but surely to an eargasmic climax of sound.

Jumping, clapping, waving and gesturing to the responsive crowd added to the music’s intimacy, with the man attached to the fingers creating this fantastic set showing Beirut his love.

Lange came next. Trance fans in Lebanon have eagerly awaited his debut appearance in Beirut, and tonight, Poliakov delivered another icon from the global Trancefamily. 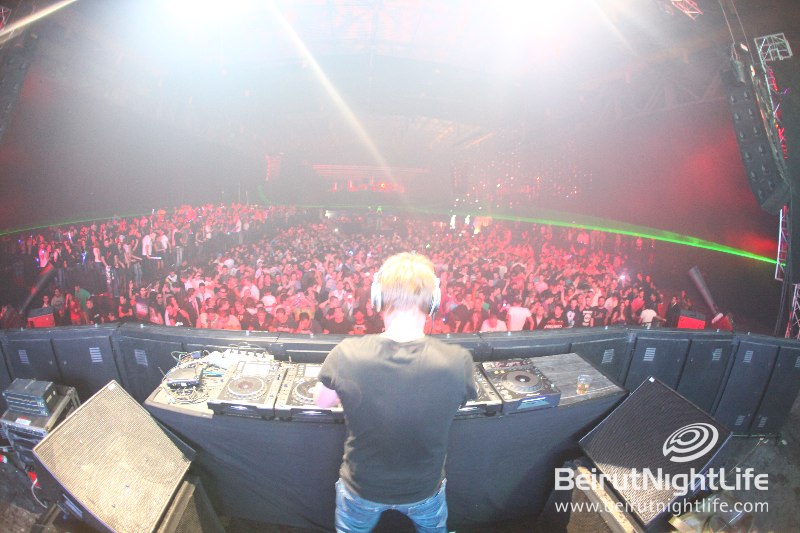 Lange’s set was energetic, bursting with life and extremely dance-inducing. The tempo was just right to be able to dance to, but fast enough to induce those precious brainwaves that put clubbers in a true state of Trance.

The seating arrangements and sections were special this time as well, with the venue being oriented lengthwise with the DJ booth and stage facing the Forum’s entrance.

The entrance was very efficiently organized and divided, with minimal time wasted going in and out, yet without jeopardizing the safety and exclusivity of the venue thanks to Kristie’s agency hosts and hostesses.

The VIP and VVIP lounges were erected to the left of the stage, close enough to the DJ but leaving plenty of room for the regular sections to interact with the artists.

To the right of the stage, a series of elevated platforms created dance floors at different levels that were packed with the main arena clubbers, dancing away with a bird’s eye view of the entire venue. 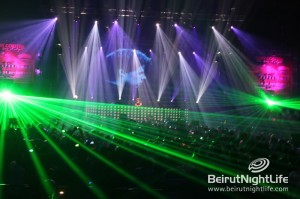 In the center of the venue was a T-shaped platform where sexy dancers led the crowd through passionate dances and rolled around inside giant transparent inflatable balloons.

Stilt-walkers dressed in intricate costumes and mask walked through the crowd, dancing with the clubbers and hyping everyone up.

Two large flexes flanked the stage with the event’s poster plastered on them. The stage itself was over 20 meters wide, with a massive LED screen (11x5m) assembled behind it. The DJ booth was a semicircular LED installation with a polka dot pattern that created a superb visual effect finish.

As Ferry promised, the visuals of OUAN2 were indeed very special. During Ferry’s set, the LED screens showed the landmark suspended bridge of Ferry’s hometown, Rotterdam. The effects, animations and elements floated in and around the bridge, below and above the water, through and behind the bridge’s steel cables. Breathtaking scenery of underwater paradises, natural landscapes and abstract compilations mirrored the music, making the journey one of not only sound, but also sight. 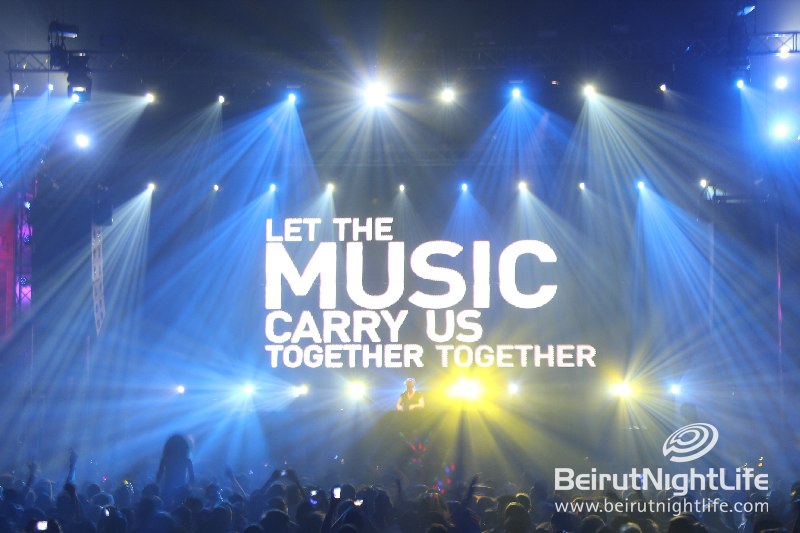 The artists, the setup, the crowds, the organization and the atmosphere were perfect. The venue, though full, was not overcrowded and everyone had his or her space to dance and go crazy in a superbly air-conditioned environment.

Poliakov wrapped up 2010 in style, with another event dear to Lebanon’s heart recorded in a year that saw some of the biggest dance events Lebanon and the region has ever seen.