Mika, or Michael Penniman born in Beirut for a Lebanese mother and an American father, returned again to Lebanon this time to the city of Baalbeck and its glamorous international festival. It was a perfect opening to the Baalbeck International Festival with a crowded seating anticipating the pop music genius.

Lebanese from every where, families and teenagers went drove the long roads from Beirut towards Baalbeck. The event was also attended by a representative from the Lebanese President, a number of ambassadors including England, France, and Spain as well as a number of tourists and expatriates especially coming in to Lebanon for the festivals. 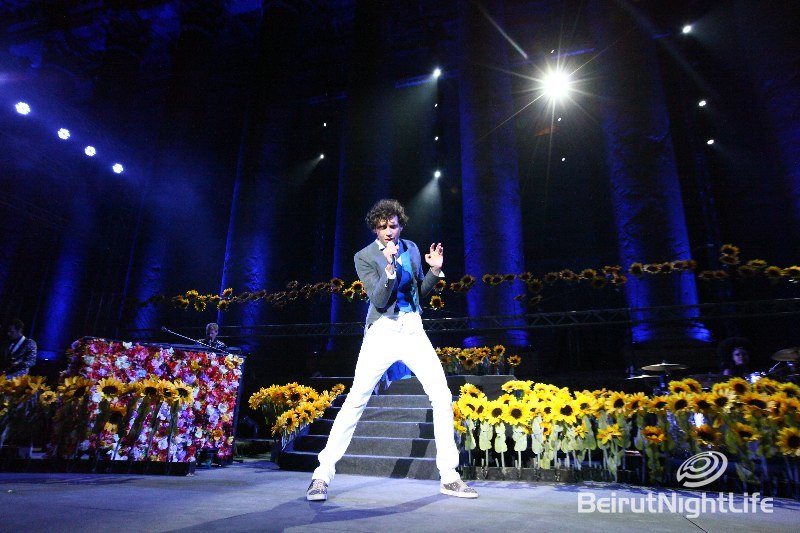 The Pop star interacted with the crowds saying: “Once I watched Sting here in Baalbeck and that time I said, my dream is to perform here and here I am.”

With the exquisite four octave voiced star, opening the  Baalbeck International Festival, Lebanon’s summer festivals are hitting the world with its unique identity and message.