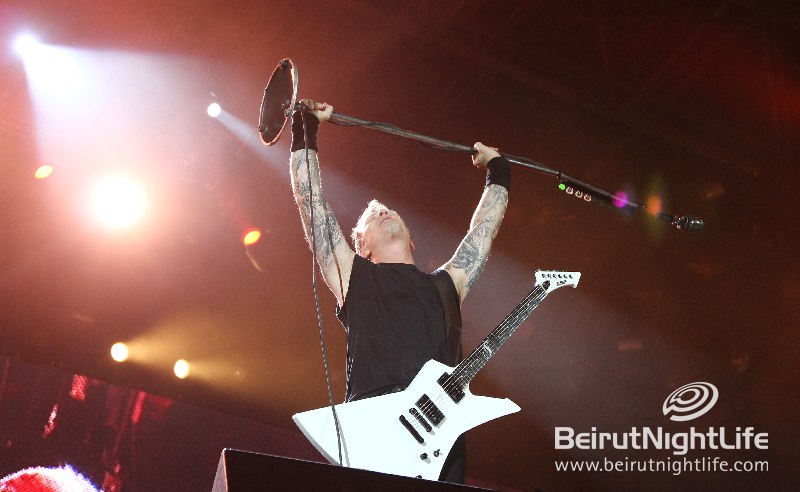 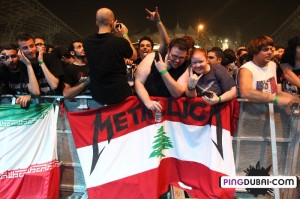 The Yas Arena in Abu Dhabi hosted one of the best events that the region has witnessed. Over 20,000 people came from around the region to watch their favorite heavy metal band, Metallica, perform live during their Death Magnetic Tour 2011.

This one of a kind event in the region was organized by Flash Entertainment. This event marks the first time for Metallica in the Middle East.

Before the exclusive show by Metallica began, Dubai-based death metal act Nervecell,  gave an outstanding opening performance prepping the crowd for an evening to remember.

It has been said that when it comes to touring, there are few, if any, bands who deliver live the way Metallica do. People camped out early at the Yas Island in anticipation to watch the show that they would remember for the rest of their lives. 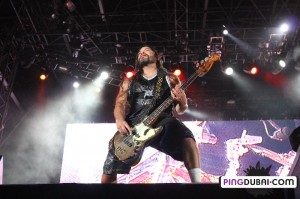 The legendary band gave an intense intense, powerful and visually stimulating concert at the Yas Island. LED screens, fire  shows and much more. ”What an amazing first show here in Abu Dhabi. The crowd was totally into the whole show,” the band said right after their show.

Before coming the band was pysced to come to the UAE to perform, posting on its website: “We’re continuing to find firsts in 2011 as we are extremely excited to announce that we will be playing in Abu Dhabi on October 25 at Yas Island. After 30 years of travel to all corners of the earth, this one is extra special as the show kicks off a week of new territories for us as this show will be followed by two nights in India.” 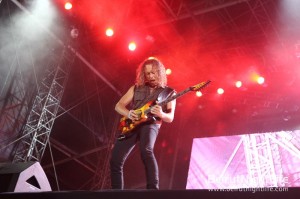 They mentioned their excitement again live, saying that it is the first time that they perform in this region and that they are overwhelmed at the number of people who love heavy metal music.

A breathtaking guitar performance sensationally roared the crowd to their feet. Every moment of the night was amazing… But when the band performed ”Nothing Else Matters” – the whole arena lit up with candles and lighters from the crowd.

It was a memorable night indeed that ended with Evil, Motorbreath, and Seek.