Tom Jones is a legend! No wonder why guests flooded the Forum De Beyrouth hours before the event was scheduled to begin. Everyone who was lucky enough to grab a ticket, to the momentous event produced by non-other than 2U2C (Nostalgie & MTV), was guaranteed to have an unforgettable night.

Upon entrance guests were able to claim tickets from the Virgin Ticketing booth conveniently set up near a Belgaufra (Belgium waffle) van at the entrance. The gates opened, Kristie’s representatives checked tickets and distributed bracelets. It was time for all fans to “Give a Little Love” to Tom Jones. 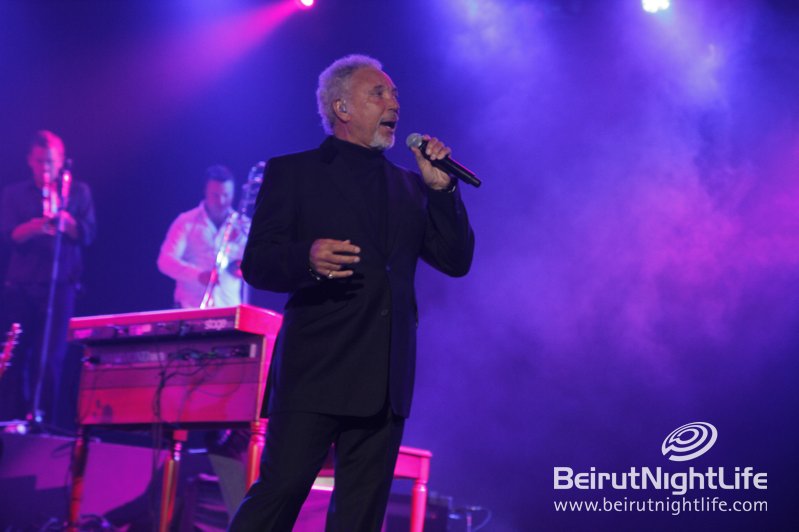 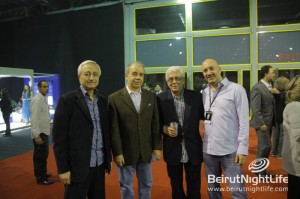 Inside the venue was how could I explain…organized mayhem? Excitement was in the air and smiles were painted on the face of literally every concertgoer in the house. Before it was time for Tom Jones to hit the stage fans took advantage of the extras set up during the concert such as the Roadster stand serving sandwiches and popcorn, and the XXL stand that provided energizing drinks. Gitane girls dispersed complimentary cigarette packs and goodies to guests. A booth was provided by, the company who made it all happen, 2U2C that provided information regarding the concert, event logistics, VIP information and more.

A wide array of people filled the Forum De Beyrouth including big names in music such as Elissa, Ghassan Rahbani, and Melissa. VIP guests also included music producers, journalists, actors, politicians, ambassadors and more. This show was not to be missed! A special moment I noticed was a group of women who came all the way from Tom’s birth country Whales to encourage their musical legend. The women held up their country flag, cheering with full support. 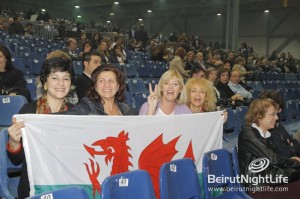 It’s Tom Jones time! The star came out showing love for the music fan of Lebanon singing and literally “Give(ing) a Little Love”. “She’s a Lady” followed which pumped up females in the crowd. The epic show continued with hits “Thunderball” then “Delilah”. A full band including keyboardist, drummer, synthesizer, guitarist, bassist, clarinetist, trumpet, sax, female backup singers and more, backed Tom Jones performing beautifully alongside the musical icon. Although no one wanted to Tom sang “I Wanna Go Home” and kept the theme going with “Green, Green Grass of Home”. The hits continued throughout the delightful evening of upbeat music.

Between songs in true performer fashion, Tom Jones entertained and engaged the audience, encouraging feedback shouting out questions like “Do you wanna have a great time tonight?!” Of course everyone did! Guests were very responsive to Tom and sang along to all the nostalgic hits some remembered from their younger years.

Guests ditched their seats to danced to the music, while Tom Jones seductively stripped off his jacket and yelled out to the crowd. “Wooohh Wow!” What a night! BNL would like to thank 2U2C for constantly raising the bar by bringing incredible acts such as this to Lebanon. Keep on rockin’! 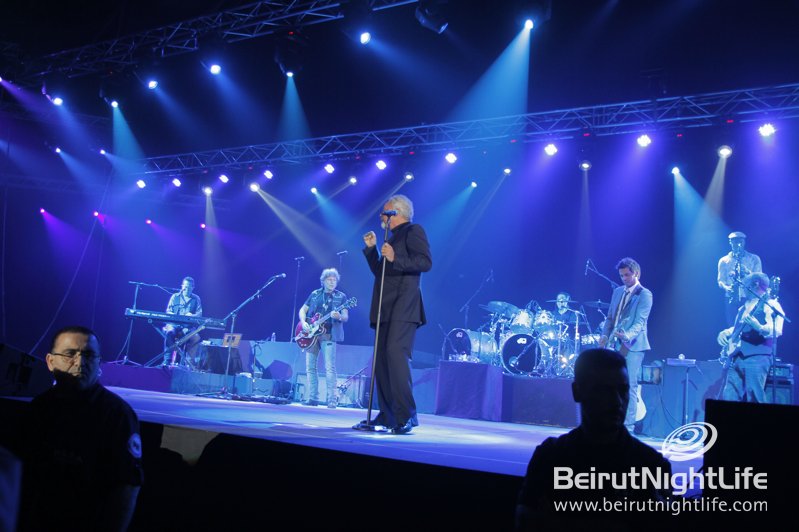