On Wednesday, Lebanese Architect and visionary Bernard Khoury joined the ranks of Sir Richard Branson, Jenson Button, Marc Herremans and Louis Hamilton as one of the giants Johnnie Walker wants us to Keep Walking with. 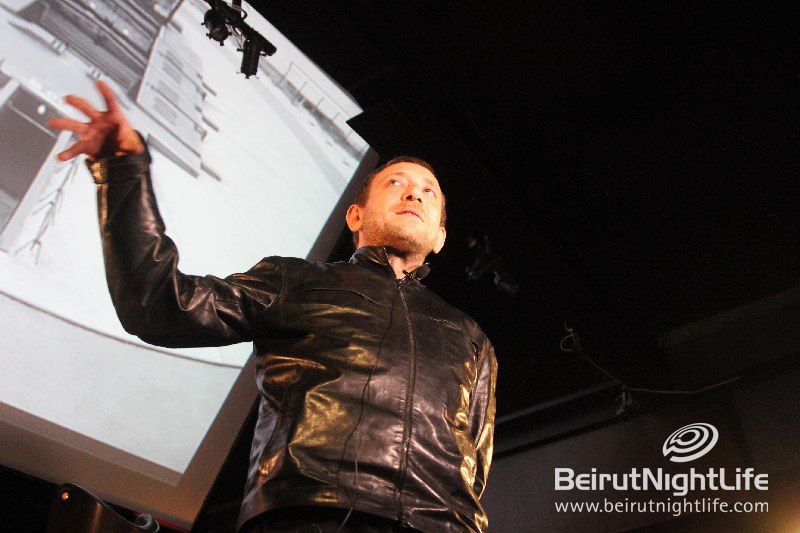 The “Keep Walking” mantra is over a decade old and embodies an unwavering determination to succeed despite adversity. The campaign has celebrated Lebanon in times of happiness, and helped uplift the Lebanese spirit in times of despair, making Lebanon, as General Manager Levant Tony Amine puts it “especially used to the Keep Walking attitude.” 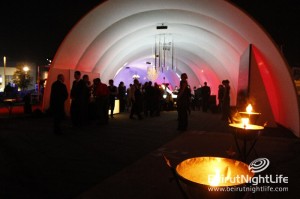 Bernard Khoury is a world-renowned architect whose projects have become national monuments celebrated across the world. However, his ever-evolving, dynamic design concepts faced considerable challenges after his graduation from the Rhode Island School of Design in New York. It wasn’t till B018 was built, by Bernard Khoury’s own initiative, direction and oversight, that Lebanon and the world came to realize the avant-gardiste spirit of the man once dismissed as just an unrealistic “paper architect.” 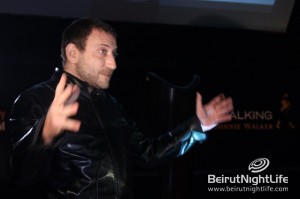 A large, semi-circular white fabric tent was erected around B018’s door, with three bars accommodating smartly dressed guests with Johnnie Walker’s finest drinks: Black Label, Gold Label and of course, crème de la crème Blue Label Whiskey. The fine whiskey and complex cocktails were accompanied by gourmet appetizers from around the world and across all tastes.

Before indulging in the richness of Johnnie Walker though, guests were greeted on a red carpet and took a commemorative photo with the Johnnie Walker gorgeous hostesses.

Inside, after the A-list guest list mingled and enjoyed a few drinks, everyone proceeded downstairs, to the subterranean, tomb-like structure that was Bernard Khoury’s stellar debut. 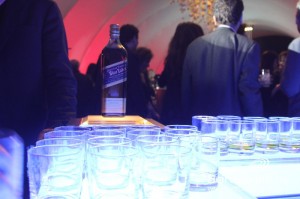 After a moving speech by Diageo’s General Manager Levant Tony Amine, Regional Marketing Manager Alain Dibo explained more about the campaign and why Bernard Khoury is Johnnie Walker’s newest giant to walk with.

Then, the man of the night took to the stage specially erected for the night. Bernard Khoury’s speech was a heart-felt, on-the-spot word that revealed how humble a man he truly was and how revered by his fans and colleagues he has always been.

He admitted the choice of an architect was a the perfect choice and acknowledged that it was a step towards bringing back beautiful architecture to allay the “hideous and unplanned surroundings” we live in. That of course, was in addition to letting anyone with a dream and mission know that even though many obstacles and repeated failure might come their way, they must always “Keep Walking” as Bernard Khoury did, and is today considered a role model to walk with. 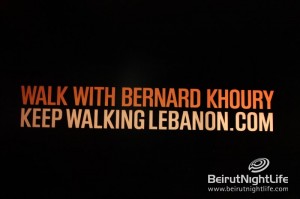 Khoury explained how Karantina was probably the least attractive piece of land in Beirut, and that development “skipped” it and continued beyond its borders. Of course, the slaughterhouse, city dump and foul-smelling tannery made the area ideal for Khoury, who believed in bringing life to areas that cities had abandoned.

Today, Karantina is where Lebanon’s most prolific, original and successful nightlife hotspot entertains clubbers from the four corners of the world. The subterranean club with the retractable roof, though small, illustrates Khoury’s true vision that the world has grown fond of. It is no surprise that two venues Khoury has designed occupy top-spots on the world’s 100 best bars. 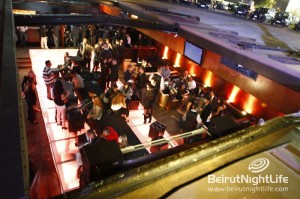 B018 was completely revamped for the Johnnie Walker “Keep Walking with Bernard Khoury” party, with posh furniture, huge flat screens, elaborate lighting and of course a huge projection on the retractable roof of the upcoming campaign.

After Khoury’s speech and the screening of the spots to be featured on televisions worldwide, the guests got to spend a magnificent evening serenaded by a band hovering above the retractable roof while congratulating the Lebanese giant, Bernard Khoury.