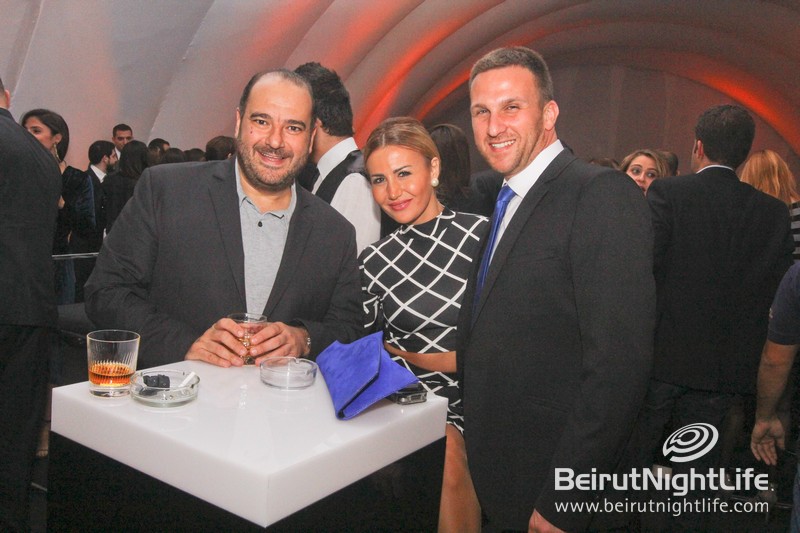 Johnnie Walker, the iconic whisky brand, launched its new campaign on Wednesday. Diageo, the maker of Johnnie Walker, unveiled the campaign to a buzzing crowd of more than 300 people, including Lebanese VIPs, notable achievers, and media representatives at the world-renowned club, BO18. The Johnnie Walker brand has long stood for remarkable achievements and a progressive spirit, but this year, the campaign recognizes the collective and inextinguishable Lebanese spirit that keeps the nation moving forward against all odds.

Previous Johnnie Walker campaigns featured well-known Lebanese achievers such as Bernard Khoury, Elie Saab and Nadine Labaki, but the new campaign’s theme focuses on force in each and every one of us that keeps us walking and ignites our passion to persevere and continue achieving in Lebanon despite all, according to Marwan Badri, the Regional Director of Diageo Middle East and North Africa.

The inspiring “Keep Your Flame Alive” message was introduced in a three-minute motion picture showing a flame burning in the midst of a tumultuous storm, metaphorically resembling to the storm the country is currently facing. The film aims to not only spark a conversation, but also seeks to encourage people to overcome challenges, to persevere and achieve their dreams in Lebanon. Beyond launching a marketing campaign, Johnnie Walker went further by creating a platform for national engagement to inspire the public and foster a spirit of hope despite strife and instability.

Diageo’s guests were asked to make the first expressions on social media channels by posting their own inspirational messages of determination, hope and perseverance using the hashtag #KeepWalkingLebanon. Then, all posts were written in fire and transformed into artistic imagery by a fire calligrapher during a live, on-the-spot performance. The artistic fire calligraphy will continue for two weeks, depicting the inspirational messages of hope collected from around the country whenever someone posts using the campaign’s hashtag.

Lebanon will keep on walking and the flame will always stay alive. All fans and users are invited to log on to the Johnnie Walker Facebook page or their personal Twitter and Instagram accounts and start posting their messages. The Keep Walking Lebanon campaign’s theme will be activated throughout all market touch points to inspire Lebanese everywhere to keep their flame alive.