On December 6th, the country witnessed a ground-breaking new era for the JOHNNIE WALKER® Brand when the team revealed the new ambassador for the “Walk with Giants” campaign. The Keep Walking concept of progress, has always celebrated the journeys of great men who have achieved extraordinary things. Yet, when one looks back at the influential figures throughout history that have yielded such remarkable accomplishments, the same praise can be attributed to the women who have helped shape our world. To celebrate this revelation, Diageo in collaboration with its trusted media partner Leo Burnett Beirut held an exclusive event at Mandaloun Mar Mikhael to reveal the new giant, Nadine Labaki. Nadine herself was present to receive the distinguished honor in front of a large crowd of friends, guests and media. 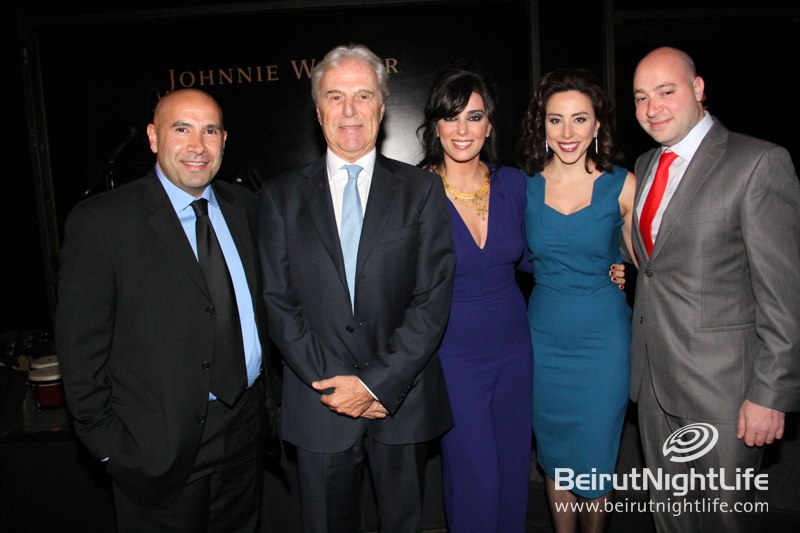 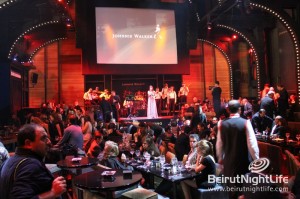 Even during the most challenging of times, the JOHNNIE WALKER® Brand has always epitomized ambition, determination, and progress, continuously encouraging people to excel in their respective fields. However this year, the essence of the concept was slightly altered to create a movement that would inspire Lebanon to have one voice. Change can only be achieved by a strong and united community that collectively believes in progress.
Nadine, who was born in Lebanon, ventured into the world of film making at university, although her passion for film started at a very young age. Her graduation film “11 Rue Pasteur” garnered her the Best Short Film Award in the Biennale of Arab Cinema at the Institut du Monde Arabe (Paris) in 1998. Despite her love for film, Nadine had to overcome the obstacles of a limiting movie industry in a very small Lebanese market, trying to operate in a world where people only saw her as a girl from a small country that wasn’t larger than a dot on the world map. She fought hard to change this perception, and started by directing various music videos which soon resulted in collaborating with renowned Lebanese celebrities. Several years later she received worldwide critical acclaim for her first feature film “Caramel” in 2007. It soon became evident that Nadine was determined to capture the heart of her country on film, and she even worked with actors that weren’t professionally trained, just to be able to convey the true essence of what it means to be Lebanese.

Her latest film “Where Do We Go Now?” is still sweeping awards around the globe and serves as a solid testament to her talents and dedication in a field that has the capacity to send a universal message. According to Nadine, self-belief is extremely powerful, and regardless of where you’re from, she feels we all have a voice capable of reaching the world. Nadine’s story is one that sparks hope and more importantly is a source of inspiration for others to realize that they too have the potential to succeed and inspire a nation to Keep Walking.

Follow Nadine’s story at www.keepwalkinglebanon.com and tell us how you would Keep Lebanon walking.