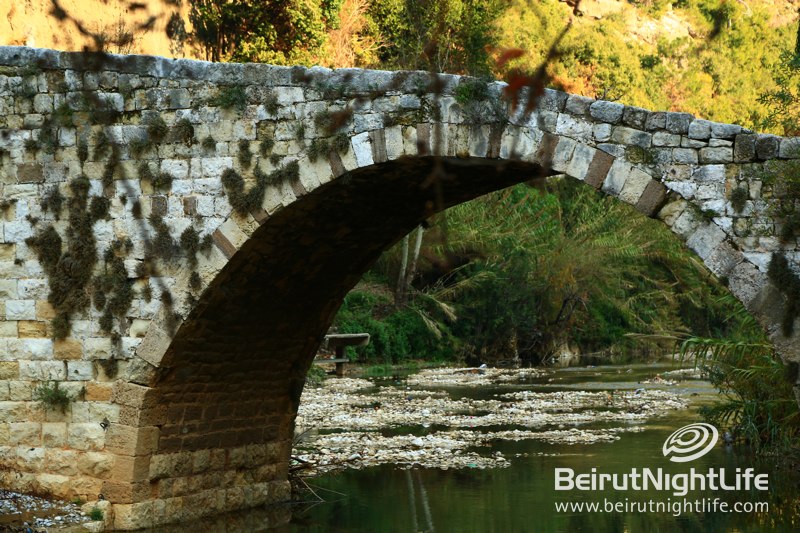 In every nook and cranny of tiny Lebanon, there is a historical sight to see. Over at Wadi Nahr el Kalb, or the Valley of the Dog River, there is a heritage sight like no other, and it’s just a short drive from Beirut to the north. The river runs from Jeita and falls into the Mediterranean Sea. Around it there is a beautiful valley surrounded by steep cliffs and lovely trees that all but hide an in-tact ancient Roman bridge, as well as monuments along the riverbank walls at the mouth of Nahr el Kalb. Centuries ago this was called the Lycus River, and in the 13th century BC it served as a border between Egypt and the Hittites. Since then many generals and conquerors have walked through this area and put up a personal monument, including Egypt’s Ramses II, Nebuchadnezzar, Esarhaddon, Marcus Aurelius, and more recently armies from France and Great Britain, as well as a special monument to celebrate Lebanon’s independence, erected in 1946. It’s a little treasure spot close to Beirut, and it’s definitely worth a visit. Check out our photos below.

Newer Post Checking out Checkpoint Charlie on a Wednesday
Older PostMAD Saturdays are Wilder than ever in 2014!