News, Videos
Mahmoud Abdullah
In an exclusive interview with BeirutNightLife.com, the French Chef Herve Gerrard, or lets describe him as the secret behind the mouth watering macarons, revealed that finally the French delights are here in Lebanon. Macarons are an old French invention that was revived lately by a big French chef. Its the best of the best, all the world talks about it, and I personally tried a couple of boxes myself. 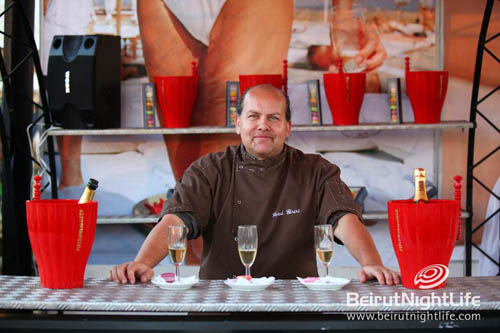 Herve gerard has been brought up in lebanon, “We have amazing specialities including cafe blanc, lavander, lichie, orange, chocolate and dark chocolate, with great tastes you need to focus on. We have also created a world premiere, the olives macarons. In lebanon now you can taste the la duree, fauchon, pierre hermes taste as well. No more going to Paris to taste the perfection, its available in Lebanon,” added the macaron expert. 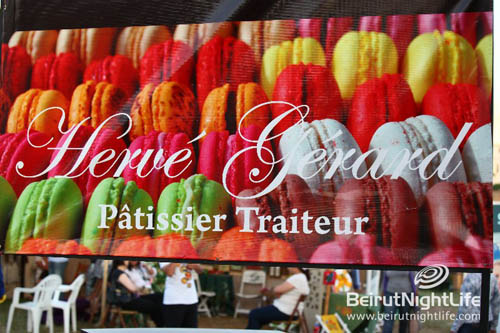 History of Macaron:
A macaron (the French word for macaroon) is a sweet confectionery. Its name is derived from an Italian word “maccarone” or “maccherone”. This word is itself derived from ammaccare, meaning crush or beat, used here in reference to the almond paste which is the principal ingredient. It is meringue-based: made from a mixture of egg whites, almond flour, and both granulated and confectionery sugar.

The confectionery is characterized by its smooth, domed top, ruffled circumference, and flat base. Connoisseurs prize a delicate, egg shell-like crust that yields to a moist and airy interior. The French macaron differs from other macaroons in that it is filled with cream or butter like a sandwich cookie, and can be found in a wider variety of flavors that range from the traditional (raspberry, chocolate) to the exotic (truffle, matcha tea).

Although predominately a French confection, there has been much debate about its origins. Larousse Gastronomique cites the macaron as being created in 791 in a convent near Cormery. Some have traced its French debut back to the arrival of Catherine de’ Medici’s Italian pastry chefs whom she brought with her in 1533 upon marrying Henry II.

In the 1830s macarons were served two-by-two with the addition of jams, liqueurs, and spices. The macaron as it is known today was called the “Gerbet” or the “Paris macaron” and is the creation of Pierre Desfontaines of the French pâtisserie Ladurée, composed of two almond meringue disks filled with a layer of buttercream, jam, or ganache filling.