HAIG CLUB opens its doors to the world 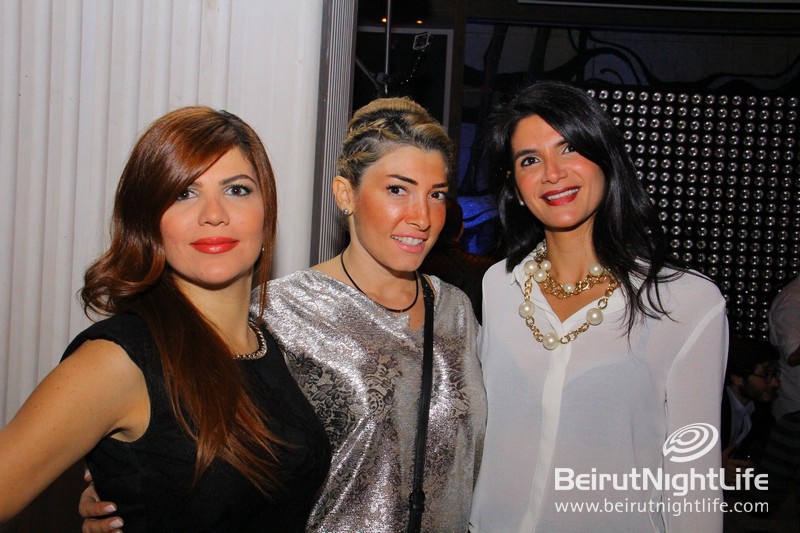 Around 250 members of Lebanon’s media and nightlife elite were formally invited to celebrate the official launch of Diageo’s newest whisky offering in Lebanon, Haig Club™ at Indie. Guests in attendance were treated to a unique evening inside the new, chic venue, starting with a personal pre-recorded message from Global Icon, David Beckham. Afterwards, the lucky few were among the first in Lebanon to be able to taste the perfect serves the world’s newest Single Grain Scotch, alongside a live musical performance.

The distinctive and sophisticated new whisky, developed in partnership with global icon David Beckham and British entrepreneur Simon Fuller will now be available in bars, restaurants and retail stores worldwide. The whisky will initially be sold and marketed across the United Kingdom, China, South Korea, Vietnam, Malaysia, Singapore and the United States, expanding to additional markets in the near future.  The brand will also now be available in duty free shops globally following its exclusive release period in the UK and a limited number of duty free stores earlier this year.

“HAIG CLUB™ is designed to be different,” said Kathy Parker, Senior Vice President, Haig Club. “Historically Single Grain Whisky has been in the shadow of Single Malts and Blended Scotch, but HAIG CLUB™ represents a new direction in Scotch Whisky, which brings Single Grain Scotch to the forefront.

“This is a whisky that welcomes in a new era for Scotch. The rise of Single Grain Whisky has been both predicted and eagerly anticipated by whisky experts in recent years and with HAIG CLUB™ we’re thrilled to be giving this ‘hidden gem’ the attention and appreciation it deserves.”

Parker continued, “Working with partners like David Beckham and Simon Fuller has brought a new perspective to what we do, helping us to break new ground. Both David and Simon are renowned for shaking up every sector in which they work and this has been no exception. We believe that people around the world are going to love what we’ve created together – we can’t wait for them to try it.”

The contemporary appearance of the square HAIG CLUB™ bottle draws on a history of innovative bottles produced by the House of Haig.  The blue glass bottle was inspired by the tradition of our blenders using blue tasting glasses so the spirit can be reviewed on aroma and taste alone.

The unique flavours of the whisky itself are created by master blender Chris Clark carefully selecting mature whisky from Refill, American Oak and Rejuvenated casks producing a stunning Single Grain Scotch Whisky with a fresh, clean style showcasing butterscotch-smooth tropical fruit and unexpected, spicy backing harmonies.  HAIG CLUB™ is a whisky crafted to appeal to people who are new to whisky and whisky connoisseurs alike.

“I am incredibly proud to have been part of the creation of HAIG CLUB™,” said David Beckham. “I think we have made something really special. For me it has meant understanding how whisky is made and enjoyed and then working with some incredible people to write a new chapter for Haig.”

Responsible drinking is at the core of the HAIG CLUB™ launch, with David Beckham supporting the HAIG CLUB™ philosophy of quality over quantity. Talking about the launch David said, “I appreciate a well-made drink and I like to take my time and enjoy it – I try to drink better, not more.”

To celebrate the global launch of HAIG CLUB™ Beckham and business partner Simon Fuller hosted an exclusive HAIG CLUB™ weekend in the heart of Scotland at Gilmerton House on the outskirts of Edinburgh. Attended by Victoria Beckham, the weekend gave Beckham and Fuller the opportunity to personally introduce friends both old and new to the whisky and the brand that they have helped create.

Simon Fuller commented, “This is a great partnership between one of the world’s most iconic stars and a company that is a true leader in the global spirts industry. Now we can all celebrate together as HAIG CLUB™ is launched worldwide and can be enjoyed by everyone!”