The Byblos Festival always brings top class international artists to Lebanon and this year was no different. With his top-hat, ferocious riffs and searing solos, Slash is the ultimate guitar hero. He is one of the most iconic figures of the last 25 years and yesterday (June 25th), music fans from all over Lebanon came to see him in a spectacular concert event. The top-hat sporting guitarist along with his backing group, including acclaimed singer Myles Kennedy, tore through a rich back catalogue of tunes as well as adding jams from his latest release. 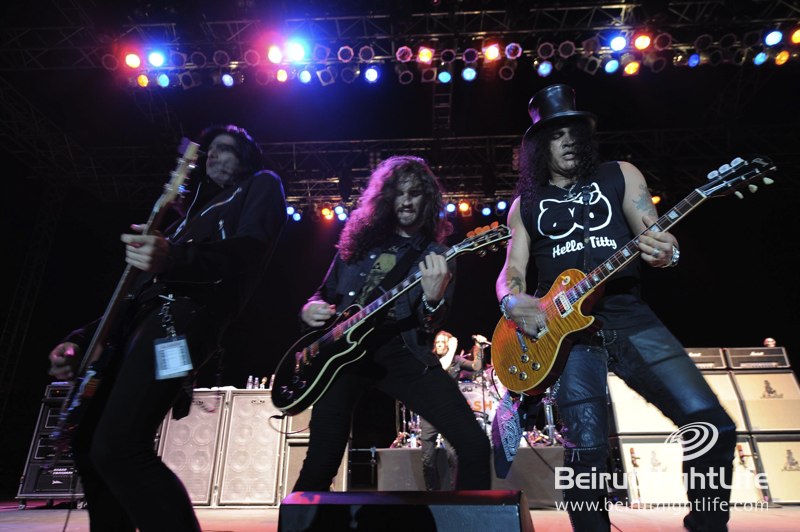 Sporadically throughout the show Slash shined, as he offered up his face melting guitar solos, which put the crowd in a positive uproar. Even without Axl Rose, Slash and the guys delivered amazing renditions of Guns N’ Roses hits that the crowd simply couldn’t live without. Those classics along with my personal favorite Velvet Revolver songs and of course Slash’s solo hits, together made the show at Byblos simply explosive!

BeirutNightLife.com rocked out with the music fans of Lebanon and as always, captured the epic moments…