Love was in the air at the Zouk Mikael’s Amphitheater where Frédéric François played live in front of a full house. Both old and young fans sang along with all of Frédéric François well known songs. Before singing a song, the Sicilian born singer, would explain  the details and story of the song, when and to who whom he has written it.

After performing some of his well known songs, his band mate went into the crowd and asked a couple of lucky women to come choose a song they wanted Frédéric François to sing. They also got the chance to get a kiss from the star. The show was a success with great interaction between the singer and his fans. 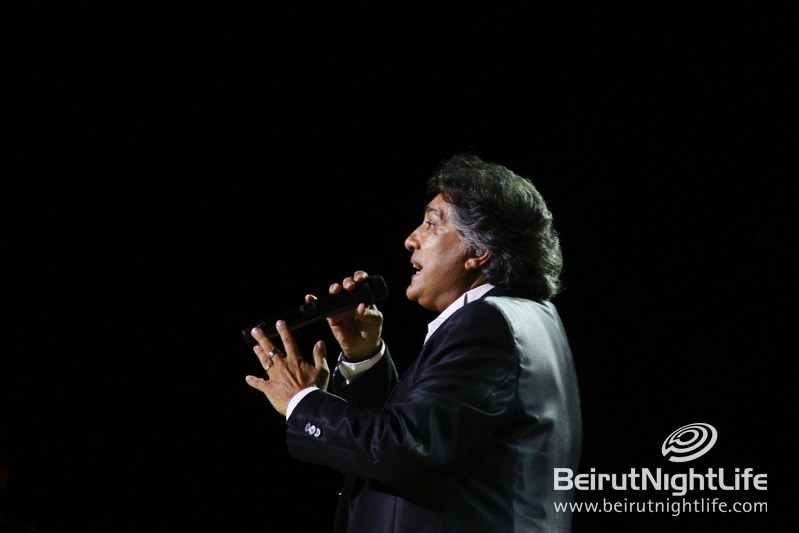 Everyone approached the stage, during Frédéric François, closing song. They got the chance take photos, sing along, cheer, dance, and take autographs with their favorite singer.